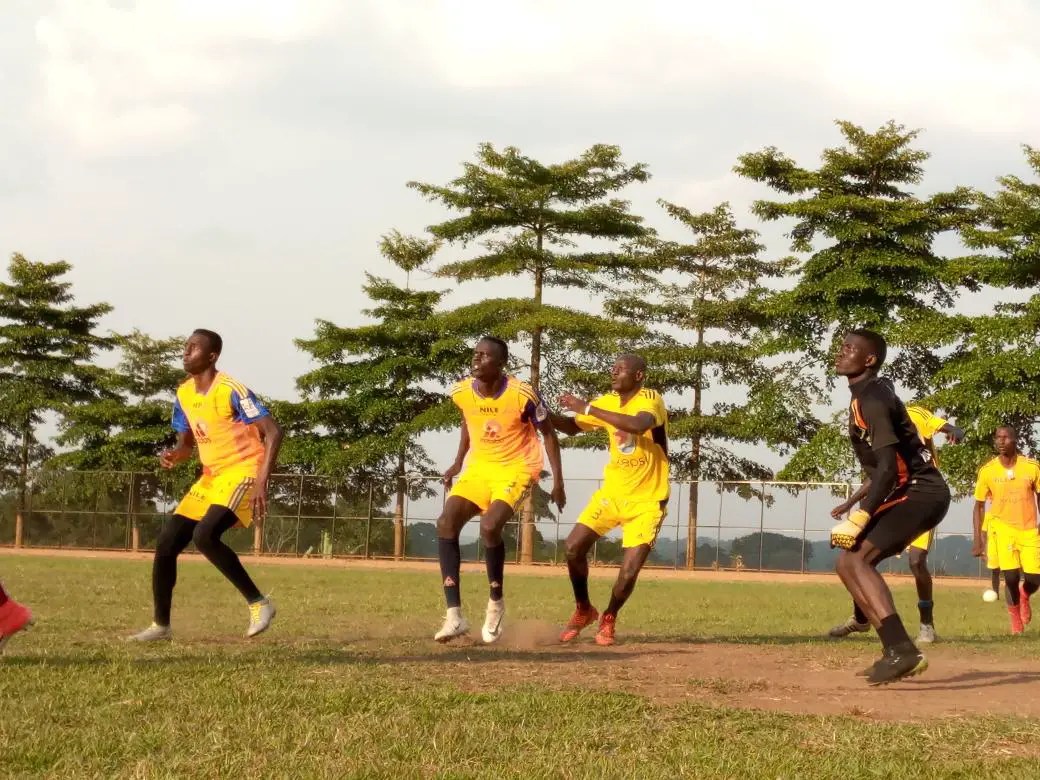 Struggling Ndejje University shared spoils with BUL FC in an all one stalemate at Arena of Visions in Ndejje.

Anwar Ntege put the home side in the lead in the 23rd minute from the spot after Francis Onekalit was brought down in the forbidden are.

Onen’s charges pressed hard for a break through but could not penetrate through Ndejje University defenders till the end of the first stanza.

At the beginning of the second half, Richard Wandyaka put the game to level by converting a penalty.

Steven Akena and Anwar Ntege of Ndejje University together with Charles Sebutinde and Umar Mukobe were all cautioned by referee Deogracious Ojok.

By the end of the day Emmanuel Wasswa of Ndejje University was named the pilsner man of the match.

A point leaves Komakech’s side 14th with 21 points from 25 games and BUL FC 6th with 37 points from the same number of games.