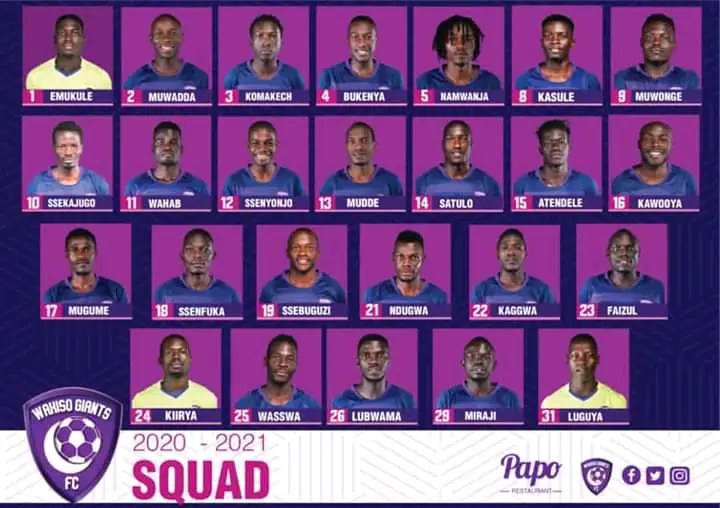 Uganda Premier League side Wakiso Giants have unveiled a 25 man squad ahead of the forthcoming season with nine new signings.

The squad has three goalkeepers Derrick Emukule, former SC Villa’s Samson Kirya and Kenneth Luguya who has been promoted from the junior team.

Lawrence Bukenya who has been on loan from KCCA FC joins on a permanent deal.

The Uganda Premier League 2020/21 season is tentatively expected to kick off on 3rd December.

Wakiso Giants will kick start their second season in the Uganda Premier League against Police Football club on Friday 4th December at Lugogo.

Rest of the squad