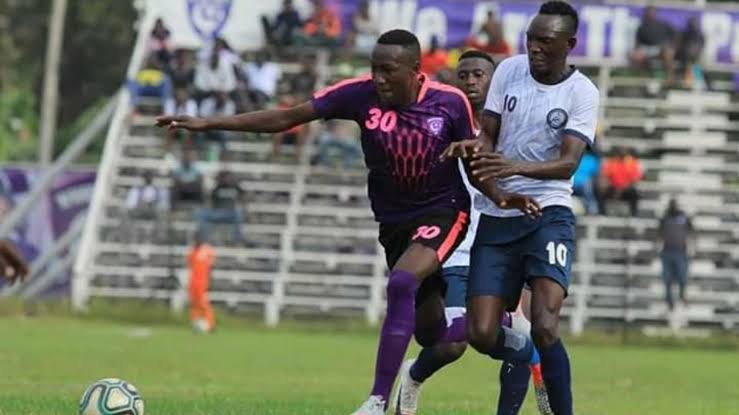 Wakiso Giants head coach Dougals Bamweyana will be seeking to exorcise the demons of his new team’s failure to beat Police FC when the two sides face off at the MTN Omondi stadium Lugogo.

They visit a new look Police FC that is always tough to beat at Lugogo. Their previous and only two meetings have seen the Cops register an identical score of 2-1.

Bamweyana is however upbeat that the history books are only good for academic reasons and do not give him a reason to worry.

Douglas Bamweyana addresses the media at the prematch press conference held at Grand Imperial Hotel in Kampala on a function where the club also unveiled Ward Wizard as their new sponsors.

“I personally have a good record against Police and I always do well against them. What happened last season between them and Wakiso is for last season and this is a new one and a new game”

This being a new game and a new season, Police have also strengthened their squad with addition of youth and experience. The highly capped Cranes midfielder Tonny Mawejje, Muwadda Mawejje, Frank Tumwesigye, Duncan Seninde and Tom Ikara are some of the new high profile signings made by Police.

The match comes too early for flying winger Pius Kaggwa to face his former paymasters. He sustained a muscle 8n one of the trial matches in preparation for the league. Alex Komakech will also miss the trip to Lugogo.

New signing Joshua Lubwama Leti is expected to be handed his debut in midfield, alongside experinced goal keeper Samson Kirya.

“As a team we are prepared enough. It has been a long wait and we can’t wait to get back to the playing field”

Mawejje said in his rematch remarks.

The match will be hosted at the MTN Omondi stadium and it will kick off at 4:00 PM .

Center referee Asadu Semere will be in charge of the game, assisted by Mustafa Mafumu and Docus Atuhaire. Anna Akoyi will be the 4th official whereas Dennis Batte will be the match Assesor