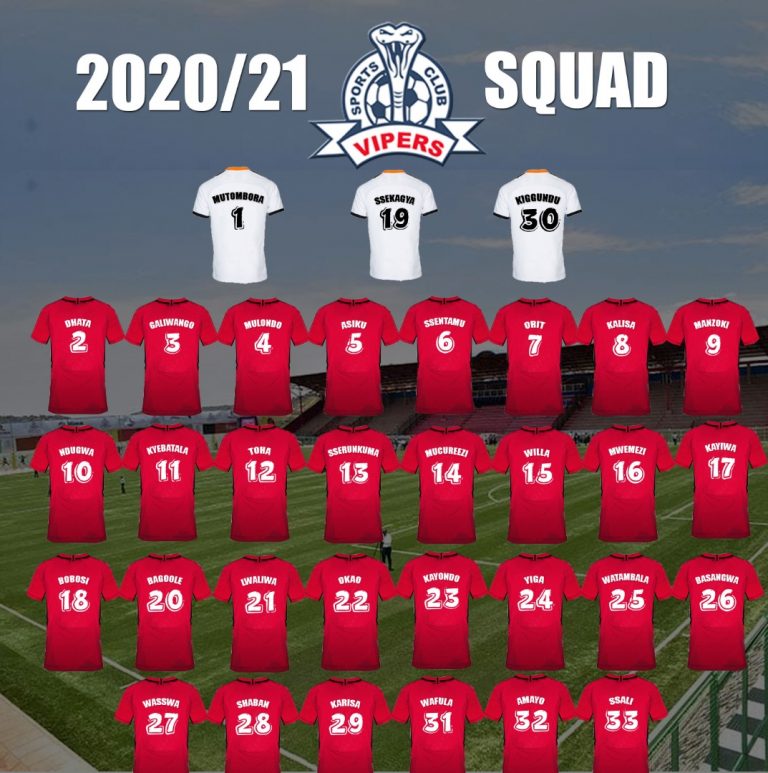 As Uganda Premier League clubs gear up for the new football season, defending champions Vipers SC have revealed shirt numbers to be donned by their players.

Afew players have switched numbers while others have maintained those they donned last season.

Former Bright-stars player Jamil Kaliisa will be donning shirt 8 which previously belonged to Frank Tumwesigye “Zaga” who was released by the club.

Shirt 9 that previously belonged to Fahad Bayo will be donned by new recruit Congolese Ceaser Manzoki.

CECAFA U20 CHALLENGE CUP : Hippos thrash Burundi 6-1
A comprehensive overview of Ugandan players to feature in the CAF Champions League and Confederation Cup