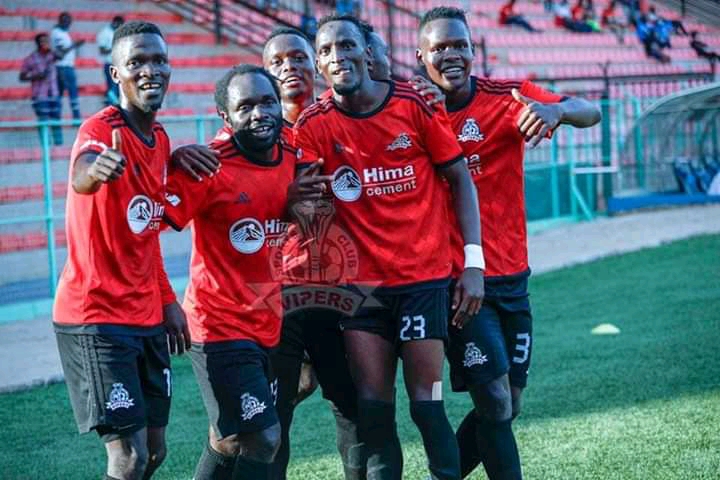 Paul Mucureezi and Dan Sserunkuma scored a goal each to ensure first victory for Vipers against Kitara FC at Kitende. Brian Muluuli Mayanja scored for the visitors.

The Uganda Premier League defending champions fought from a goal down against resilient Kitara FC.

Paul Mucureezi headed the ball past the trying gloves of Hillington Musoke to find a leveler for the home side.

Brian Muluuli Mayanja handed the hosts a lead early in the second half but Mucureezi levelled matters for the hosts moments later.

Dan Sserunkuma who replaced youngster Najib Yiga put the Kitende based side into the lead with a brilliant low effort off a Muhammad Shaban ball and subsequently sealed the all important 3 points for his team.

Kitara FC goalkeeper Hillington Musoke stood high to be counted on various encounters with spectacular saves to deny the Fred Kajoba coached side.

Youngster Richard Basangwa was handed his Vipers debut in this fixture.

The win takes Vipers to the 8th position with 4 points after playing 2 games while Kitara remain 15th with only a point after playing 4 games.