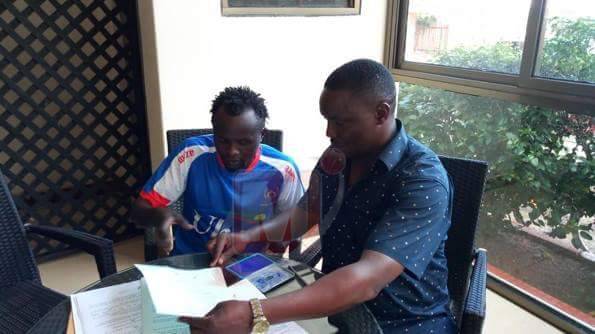 Wadada who joined Vipers SC in the 2011/12 season will join his new teammates after the CECAFA club championships to be held hosted in Tanzania on 28th this month.

“I am enthused to be joining one of the major forces in East African football, they have presented to me a good offer and an ambitious project, I hope to develop my career more from their and help the team achieve it’s goals.”

Wadada was appointed Vipers captain in 2014 and he has won 2 league titles plus 1 Uganda Cup winners medal.

Vipers SC are in the same Group A as Azam FC in the CECAFA championships alongside Kator FC of South Sudan and JKU of Zanzibar.