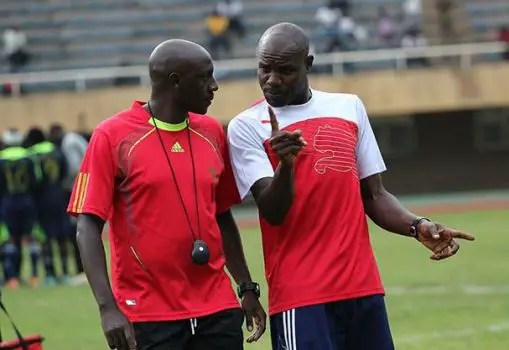 Onduparaka Football Club has officially appointed Bainomugisha Vialli as their new head coach for the next 3 years.

The announcement was made on the club’s official website and social media platforms on Friday 16th 2020.

“We are delighted to announce the appointment of Bainomugisha Vialli as our new head coach.”

Read part of the statement

A graphical design made by the club to welcome Bainomugisha

The CAF “B” licensed coach has been a free agent following expiration of his contract at FUFA Big League side Kigezi HomeBoyz.

At Onduparaka, he is expected to work with former Uganda Cranes and URA FC right back Simeon Masaba who has been serving on interim basis following the departure of Livingstone Mbabazi.