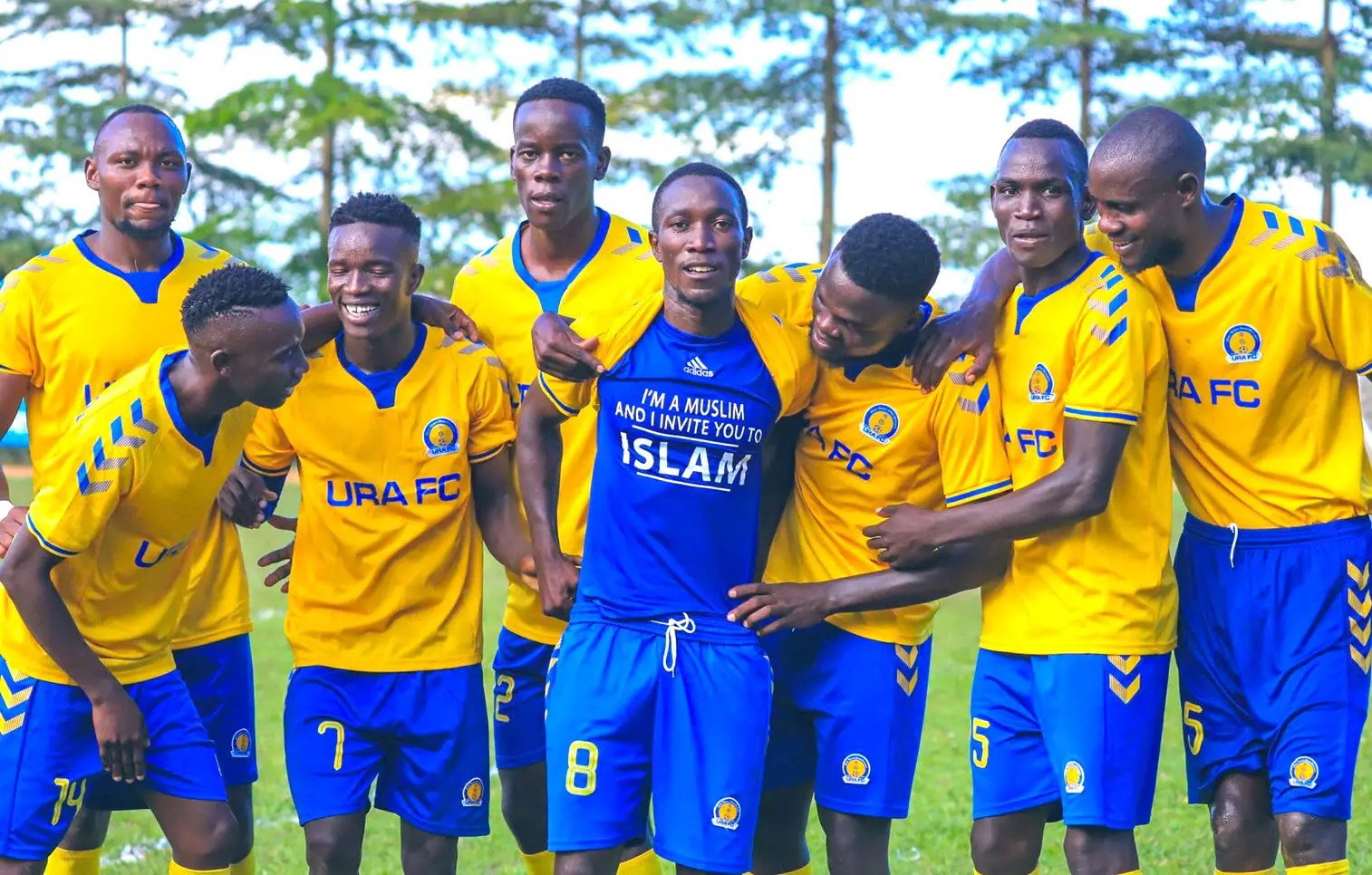 Kagimu is joined by teammates in celebration of his goal ( www.urafc.co.ug)

URA FC extended their lead at the Uganda Premier League log to four points with a 2-0 comfortable win over Mbarara City at the Arena of Visions on Tuesday evening.

Majwega gave Sam Ssimbwa’s charges an early in the 10th minute with a well taken penalty after winger Joachim Ojera had been fouled by Mbarara City defender Ibrahim Magandaazi.

Ojera came close to doubling the hosts lead but his effort was perfectly saved by custodian Martin Elungat. URA went into the break leading 1-0.

Ibrahim Dada came close to extending the home side’s lead but his effort hit the post in the closing stages.

URA FC move to 47 points and four above second placed Vipers who faces MYDA on Wednesday.

Mbarara who suffered their first league defeat under the stewardship of Livingstone Mbabazi are 9th with 25 points.

URA FC will next face Express FC on Saturday in the first leg of the Uganda Cup round of 16 game.