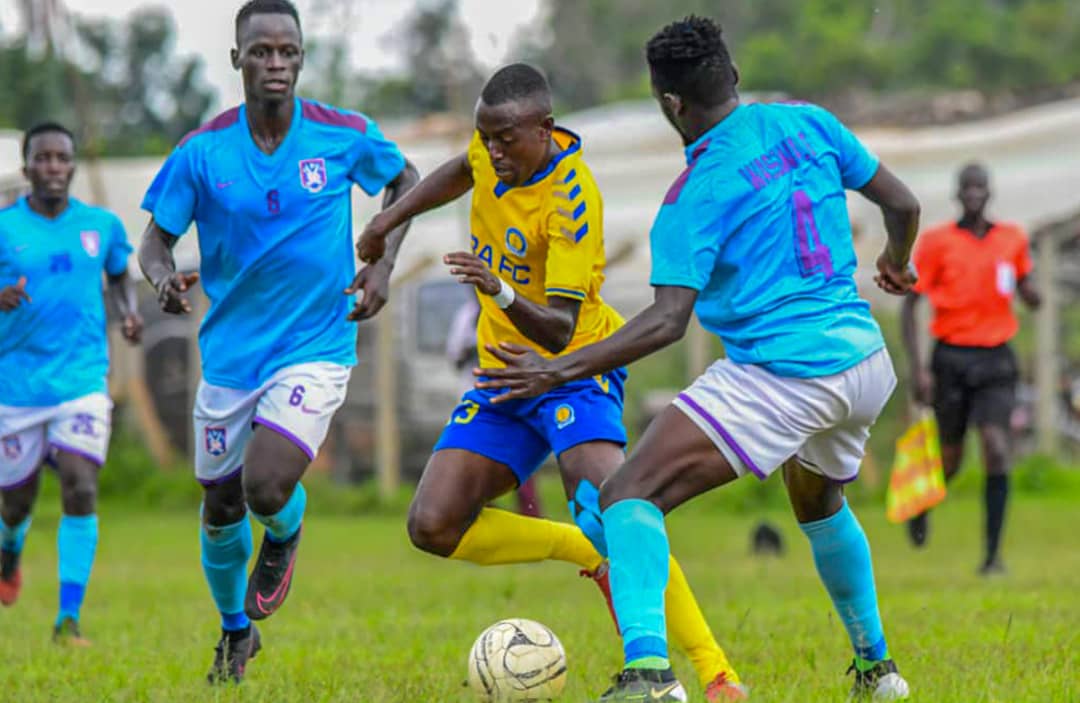 Sam Ssimbwa’s men have failed to make advantage of Vipers’ draw with Wakiso after being held by SC Villa at Bombo Military Grounds.

The Tax collectors needed to collect all three points in order to overtake Vipers at the top of the log.

They now remain in Vipers’ shadow tied on 43 points but with an inferior goal difference. Kajoba’s men have a difference of 29 goals against URA’s 17.

The goalless stalemate means Villa have now gone three games without scoring a goal in the league. They drew 0-0 with Express, lost 1-0 to KCCA and now this one.

URA were denied their high pressing game with in-form attacker Shafiq Kagimu being neutralized and forced to fall top deep in midfield.

Sam Ssimbwa tried to counter Villa’s suppression by withdrawing the largely combative Ivan Serubiri for a more fluid Brian Nkuubi at the beginning of the second period.

They resorted to taking long range efforts which almost paid dividends in the 25th minute but Rwothomio Cromwell’s effort hit the crossbar.

The best chance of the game was produced by Michael Birungi who sent a thunderous strike which man of the match Saidi Keni spilled over in Mukwala’s path but the top scorer couldn’t make use of the rebound.

Keni was called into action on 2 more occasions by Shafiq Kagimu and Steven Mukwala. The Villa custodian stood firm to win a point for his side.

Kaziba introduced Goffin Oyirwoth for Mohammed Senoga in the 70th minute. He also called Ogwang into action for Francis Olaki but none made a telling impact.

Villa remain 6th on the log with 30 points and they will make a long trip to Mbarara on the 24th of April this week.

URA will make a short but very tricky trip to Kavumba on 23rd April to face an in-from Bright Stars side that has won 4 games in a row.