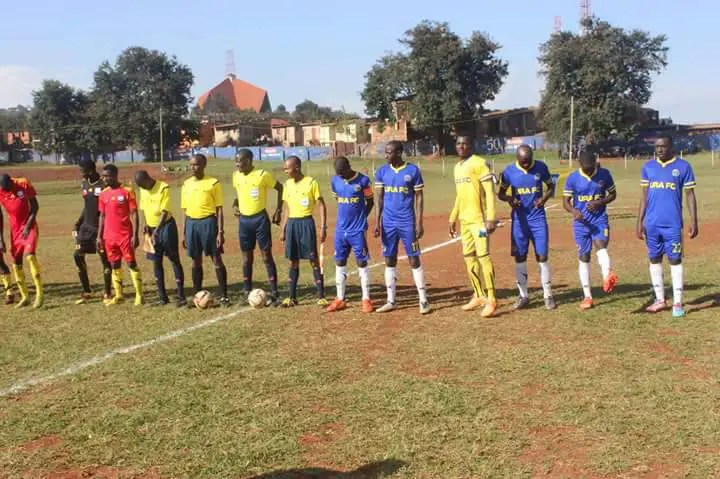 URA FC has been fined by the UPL competitions committee for player indiscipline in their previous match against Kirinya Jinja SS in Bugembe on Saturday 16th September.

URA FC who lost 1-0 to the hosts, had four players booked in that match and these include Richard Kasagga, Fred Okot, Ajab Abdul Rahman and Siraje Ssentamu.

” If a club accumulates 4 or more cautions and or send offs within a single match, it shall pay a fine of 100 UAs to the tournament organising committee.”

The fines will be paid before URA FC’s next league match which is a visit to Maroons FC Maroons at Luzira prisons ground tomorrow.

AUPL best XI: The players who put in the finest shift for their teams in round 2.
MATCH PREVIEW: Soana seek first win as they host Masavu FC