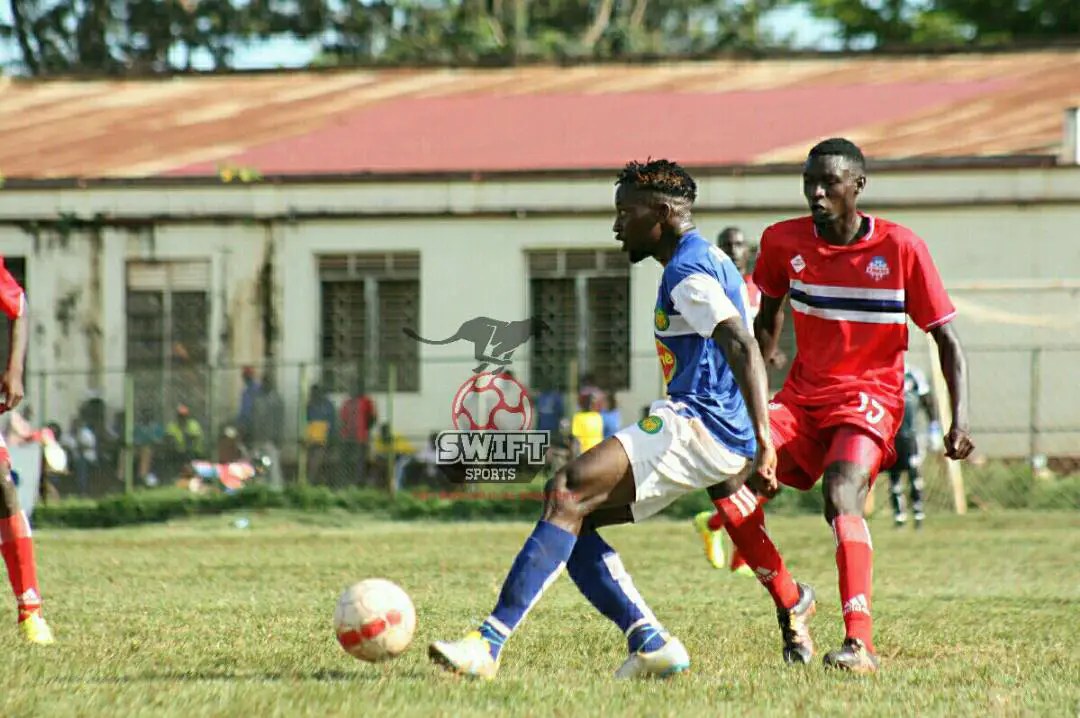 He will however face stiff competition from URA FC who are looking to strengthen their squad after the acquisition of a more competitive coach in Sam Ssimbwa. URA want to make Tibita their target man in their quest for a 5th league title.

Tibita in action against Kirinya JSS

He currently has one year left on his contract with the Jinja outfit but he is expected to be one of the potential replacements in the depleted KCCA attacking department.

Tibita is a graduate of the FUFA Juniors League program and emerged top scorer of the inaugural edition. He scored 6 goals in all competitions for BUL last season.

He has also represented Uganda at the U-20 level during the COSAFA invitational tournament in Zambia last year and AFCON U20 qualifiers.