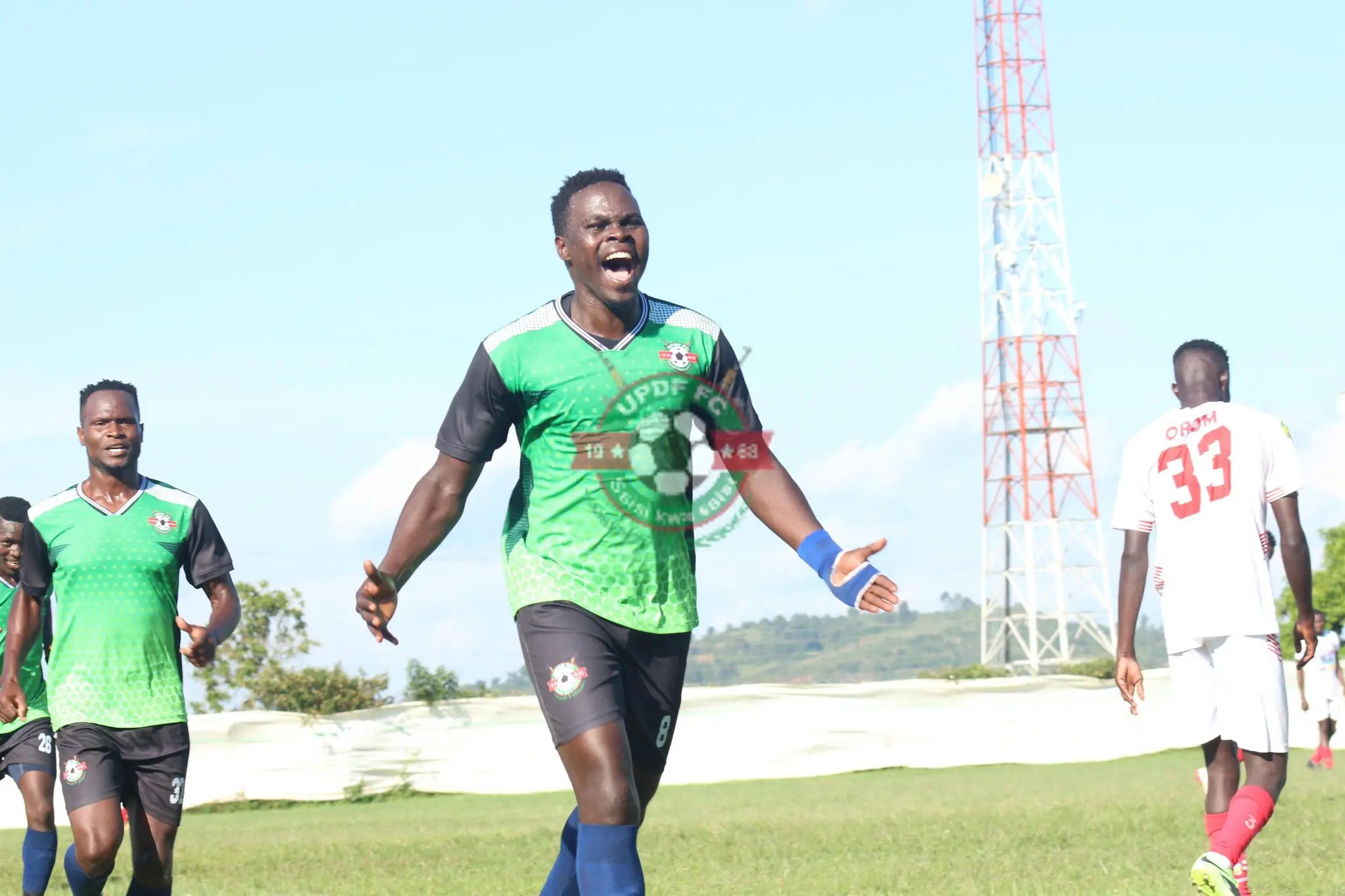 Kefa Kisala’s UPDF FC couldn’t have a better way to react to their 3 nil loss at the hands of Police in the derby of forces at Lugogo.

They ensured that Kyetume pays for all the damages caused by Police FC with a statement victory.

UPDF have made their home ground a fortress for visiting teams with their 6th win at home. Only Vipers with 9 have more wins that UPDF at home.

Jackson Mayanja took charge of his first game at the helms of Kyetume in the visit to BUL and he managed to win them a point but the visit to Bombo proved fatal.

His men recieved a serious beating that started as early as the 7th minute.

Begisa’s goal was a response to Kizito’s first minute goal that had put Kyetume in a surprise lead.

James Begisa put them in the driving seat before Christopher Kamagu doubled their lead in the 10th minute.

Kabuye Steven cut the deficit to 4-2 with a solo effort to keep the scoreline respectable for Kyetume in the 73rd minute.

Victory for the army men all but seals their safety and confirms their status in the next year’s season.

Kyetume’s 5th loss on the load puts them in more disarray with only 13 points picked out of 18 matches. They host a reviving Busoga United side fresh from beating Police FC.

UPDF will visit BUL FC at Bugembe. They have now collected 28 points which puts them in 7th place on the log

BIG LEAGUE: Maroons aim to bounce back, Gadaffi search for consecutive win as Kigezi still in search for maiden win
Pride at stake as KCCA host SC Villa in another derby