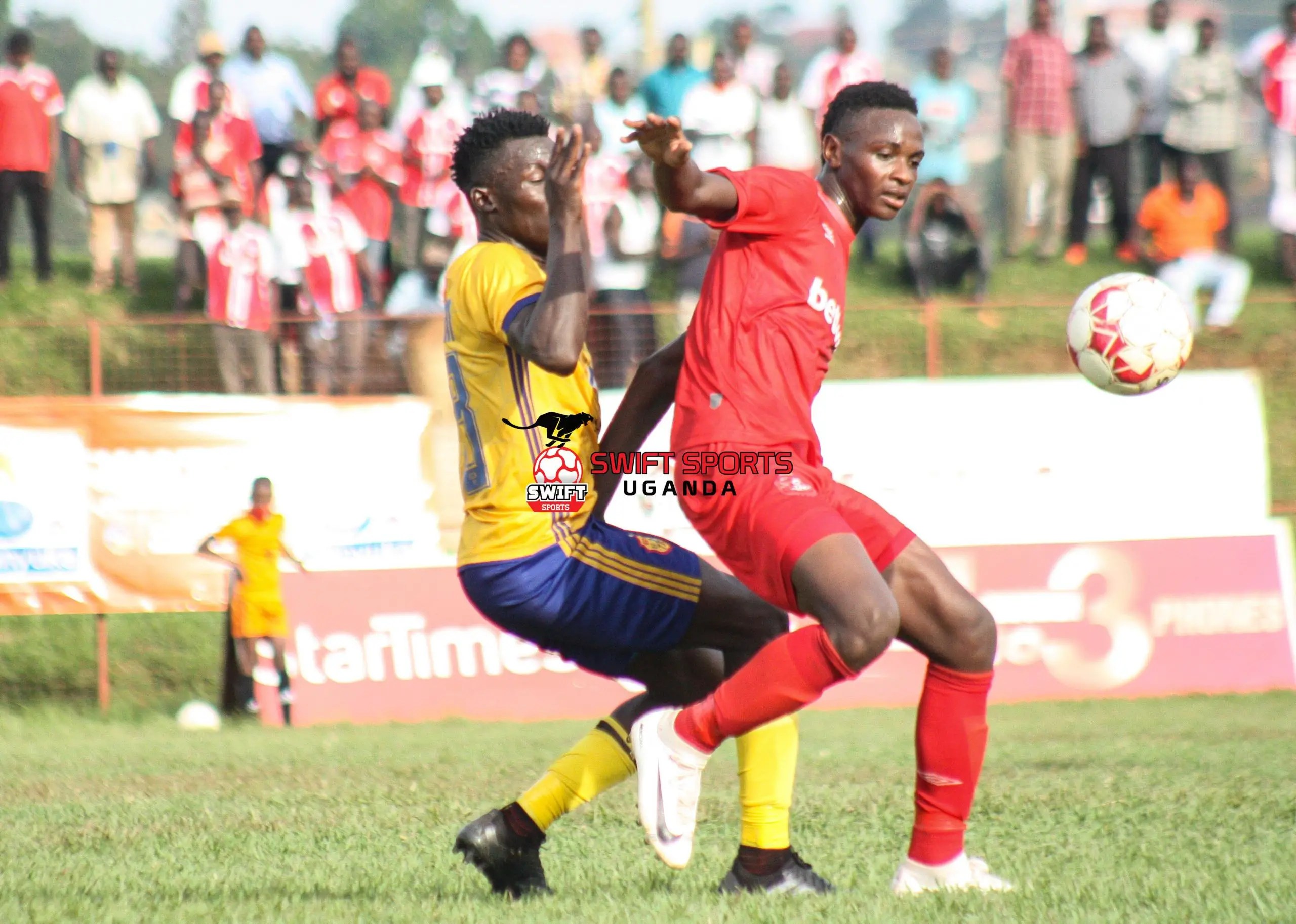 Eric Kambale will be key in Express' persuit

Express FC make a trip to the East to face a tricky BUL FC at the Bugembe stadium in Jinja.

The Red Eagles are fresh from a disappointing 1-1 draw against KCCA and will hope to be more clinical after they squandered a host of chances in their previous game.

Their opponents BUL FC lost their recent game 2-0 to Police at Lugogo but their decent head to head record against Express will be a motivation to them.

The Jinja side have eight and draw five time in the 18 previous meetings with Express. The Red Eagles have only won on five occasions.

Enock Walusimbi the Express skipper highlighted the relevance of converting goal scoring opportunities as they head to Jinja.

” We have prepared well ahead our game away to BUL FC. All the players know how important it is for us to win because we didn’t execute well in the last game (Vs KCCA). We respect BUL as a team but we have one target in mind and that’s getting maximum points.”

The Wasswa Bbosa coached team has no injury concerns after Ibrahim Kayiwa’s steady progress from a long lay off.

Express will hope forwards Eric Kambale, George Ssenkaaba, Frank Kalanda and Godfrey Lwesibawa turn up with their scoring boots after they failed to convert numerous chances against KCCA.

BUL FC will look up to their forward line that has Joseph Ssemujju, Robert Mukonghotya and Musa Esenu.

Arthur Kyesimira will however continue with life without Vitalis Tabu and Peter Onzima who have been sidelined by injuries while Deogracious Ojok is back and in contention for playing minutes.

Express are 5th on the table with 13 points and can go third with a win in Jinja.