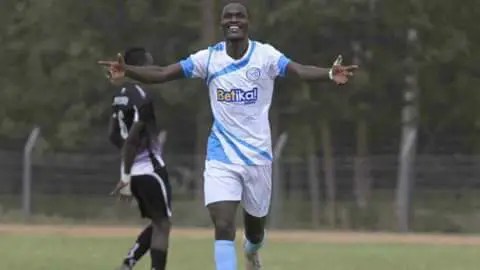 Umaru Kasumba celebrates one of his many goals he scored for Sofapaka (Photo: Sofapaka)

Kasumba will play for the Kenyan Dockers on a one year contract after being out of action for close to one year.

The former SC Villa striker last featured for Zambian side ZESCO United until last year when he left the club on mutual consent.

Joining Bandari implies that Kasumba will be the second Ugandan at the club, the other being former KCCA and Vipers forward William Wadri.

Kasumba rose to prominence with Police FC from where he switched to SC Villa in 2015 and later Kenyan side Sofapaka in 2016 and ZESCO United in 2019.

They are coached by Rwandan and former AFC Leopards coach Andre Casaa Mbungo.