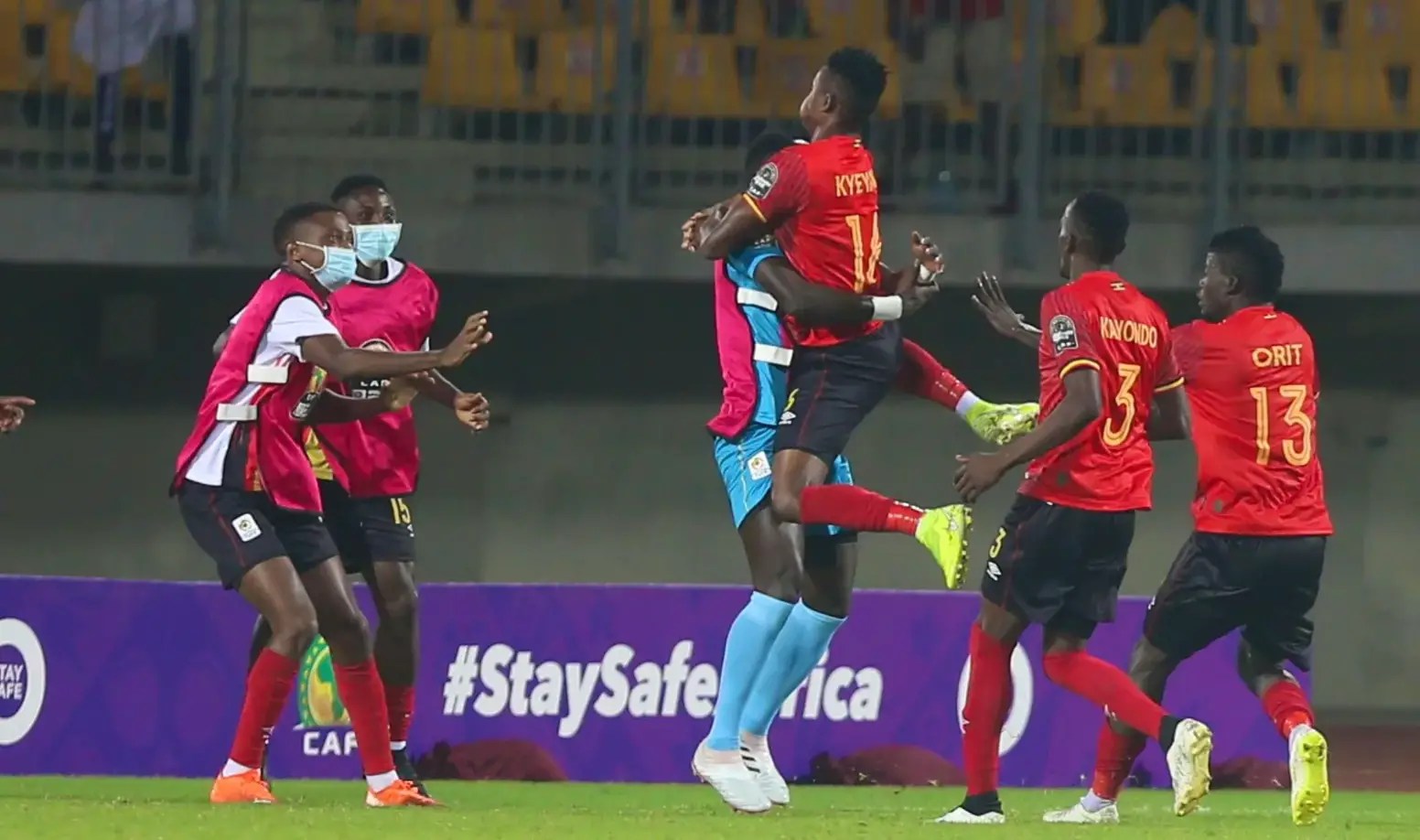 Johnny McKinstry and his Cranes team have their work cut out when they face off with the Atlas Lions of Morocco tonight at the Stade de la Reunification-Douala.

It is match day 3 in group C of the Total CHAN championship and Uganda are sitting at the bottom of the log. The Cranes can afford to contend with any other result but victory. Morocco on the other hand need only to avoid defeat to progress to the quarter finals.

This will be the second time the two nations are facing off in CHAN, the first being the 2014 edition. That encounter ended 3-1 in favour of Morocco.

Uganda’s head coach McKinstry Johnathan has made a rallying call to his team to create a cup final mentality if they are to overcome Morocco.

“We are looking to create that cup final mentality. We need to go out and play the game. There is no next game at the moment. This is a cup final. We shall have a couple of new things because Morocco bring different challenges”.

Brian Majwega in action against Morocco in 2014. The Atlas Lions won 3-1

“We have asked the players to put in more effort, work rate and intelligence like they did in the second half against Togo. We have told them there is no Quarterfinal for the team until they play and get a result on Tuesday. We want to write a story for ourselves, the country and everyone back home. The odds are against us but we believe it is possible.

All teams in the group have a chance to progress with Morocco sitting at the top having amassed 4 points, Togo have the 3 points obtained from their win against Uganda and Rwanda have 2 points, 1 above Uganda.