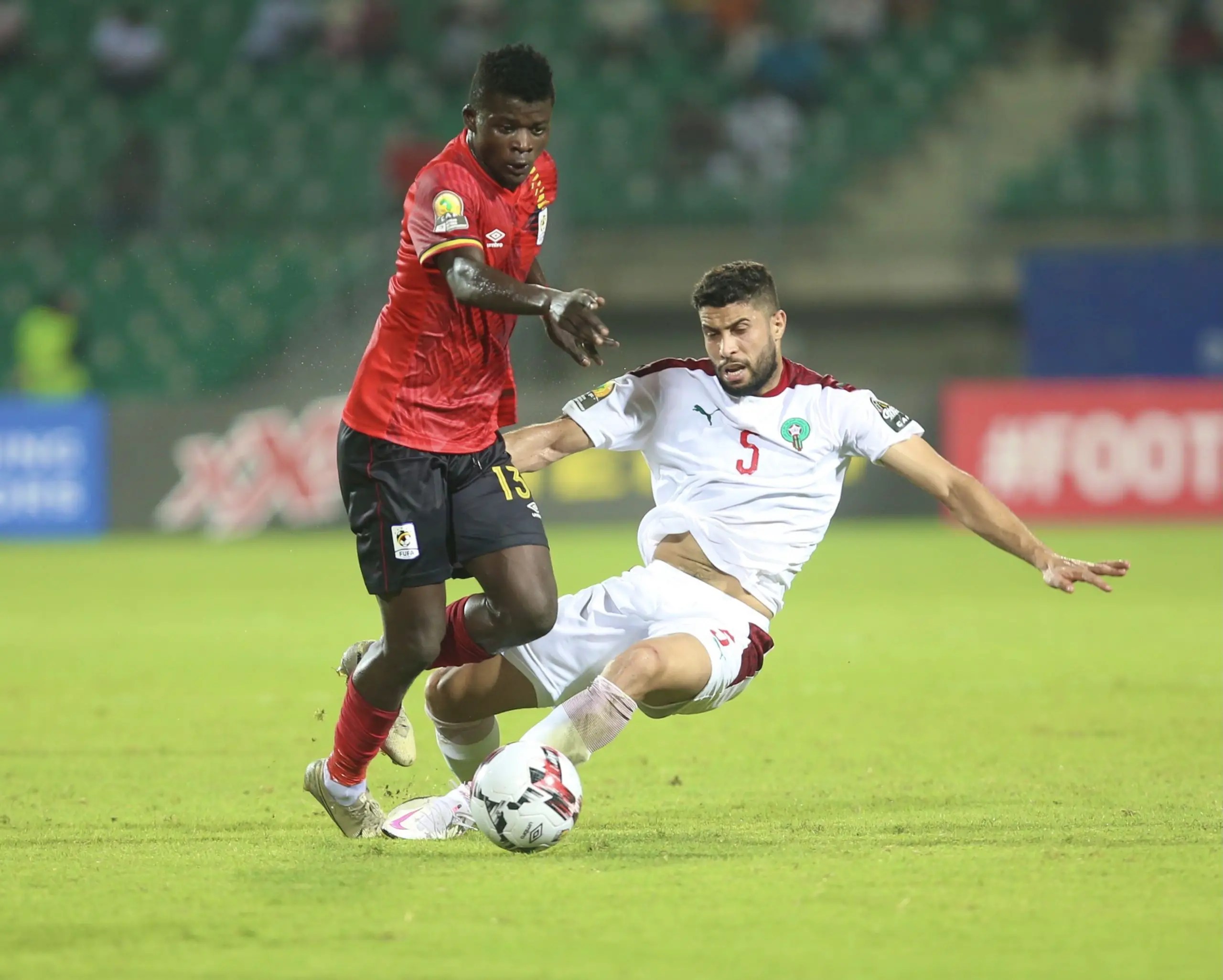 Uganda failed to advance to the quarterfinals of the CHAN tournament for the 6th time trying after suffering a 5-2 defeat to Morocco.

Johnathan McKinstry’s charges needed nothing but a win against the Atlas Lions of Morocco in their final group C contest to advance but they miserably failed on the test.

Ayoub El Kaabi calmly levelled matters for Morocco from the spot at the stroke of halftime.

After the recess, Soufiane Rami netted the second goal for the defending champions.

Hamza El Houssaoui extended Morocco’s lead in the 71st minute of the contest.

Rami and second half substitute Abdelilah Hafidi scored the fourth and fifth goals in the last 10 minutes of the game.

In the other Group C game, Rwanda edged debutants Togo 3-2 to secure a slot in the quarterfinals.

Morocco finished top of the group with 7 points, Rwanda 5 points, Togo in third with 3 points while Uganda bowed out of the competition with only one point garnered in three games.