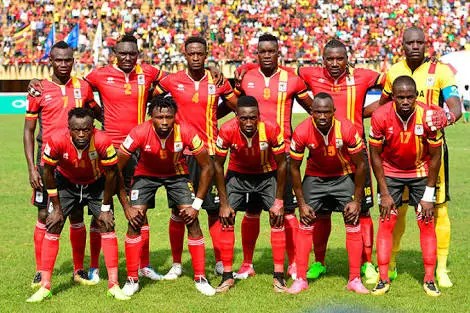 Uganda national team, the Cranes slipped 8 places to the 82nd position in the latest FIFA Rankings as of Thursday 7th June 2018.

Since 17th May 2018, when the previous rankings were released, Uganda has played out two games against Niger and Central African Republic in a 3-nation invitation tournament but unfortunately lost both ties 2-1 and 1-0 respectively.

Despite the alarming slump from the 74th to the 82, Uganda remains the highest ranked team in the CECAFA region. Kenya comes second in the 112th position.

The next rankings will be released on Thursday 19th July 2018 after the forthcoming FIFA World Cup in Russia.

Uganda’s next assignment will be in the 2019 AFCON Qualifiers against Tanzania at Namboole on September 7th.