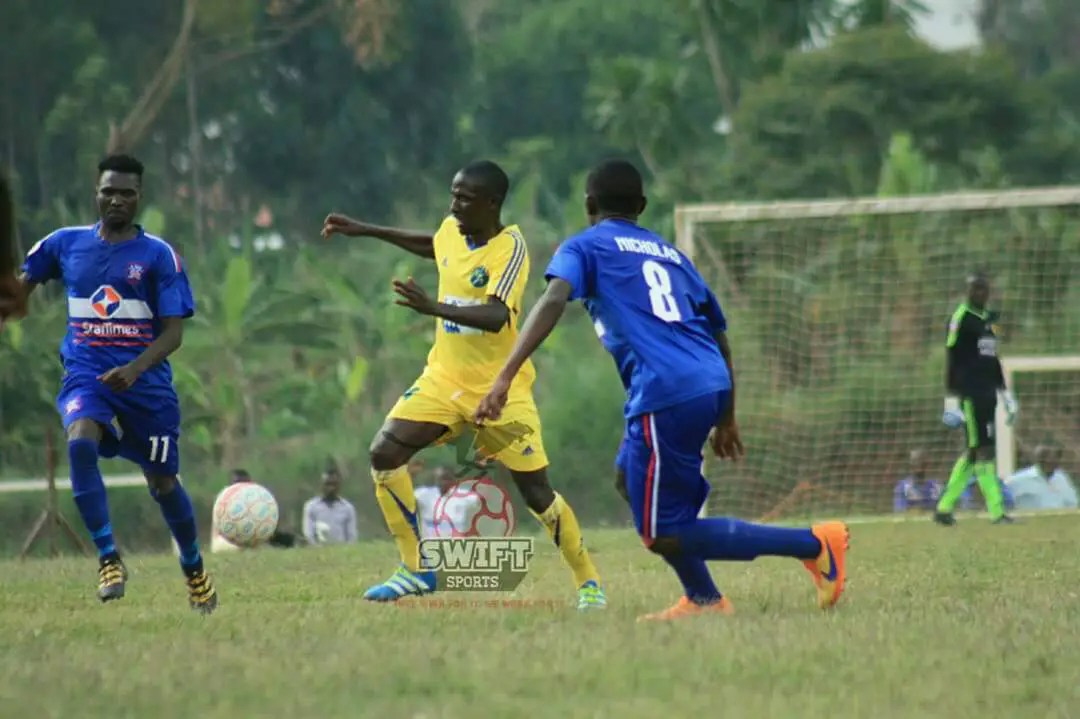 League action between Villa and Bright Stars at Mwererwe

Uganda’s record league champions Sc Villa will host the Mwererwe based Bright stars FC at Wankulukuku stadium in the Uganda cup round of 32.

The Wankulukuku stadium is home to Villa’s bitter rivals Express FC but to the surprise of many, it’s where they chose to host this game from.

The SC Villa assistant coach Paul Mukatabala noted with concern that it is because of the tight schedule the club has that they decided to host this game from Wankulukuku in order to avoid fatigue in the players. He said;

“We have to travel to Arua on Saturday so we shall play only one game at Wankulukuku in order to save our players from fatigue. We want to create for them time to rest.”

The most recent meeting between these two sides was in the return fixture of the Azam Uganda Premier league of this season and Martin Kizza scored for Sc Villa only 3 minutes after kick off but Nelson Senkatuuka levelled matters later to end the game in a one all draw.

SC Villa beat Hope Doves 2-0 in Masaka while Bright Stars eliminated Vura by a hard fought 1-0 victory in the round of 64.

The winner between these two sides will proceed to the round of 16 of the Stanbic bank sponsored tournament.

CAF CHAMPIONS LEAGUE: Mutebi names 18-man squad to tussle it out with St George
AUPL ROUND 19 TOP XI: The best performers in one of the most intriguing rounds of the league