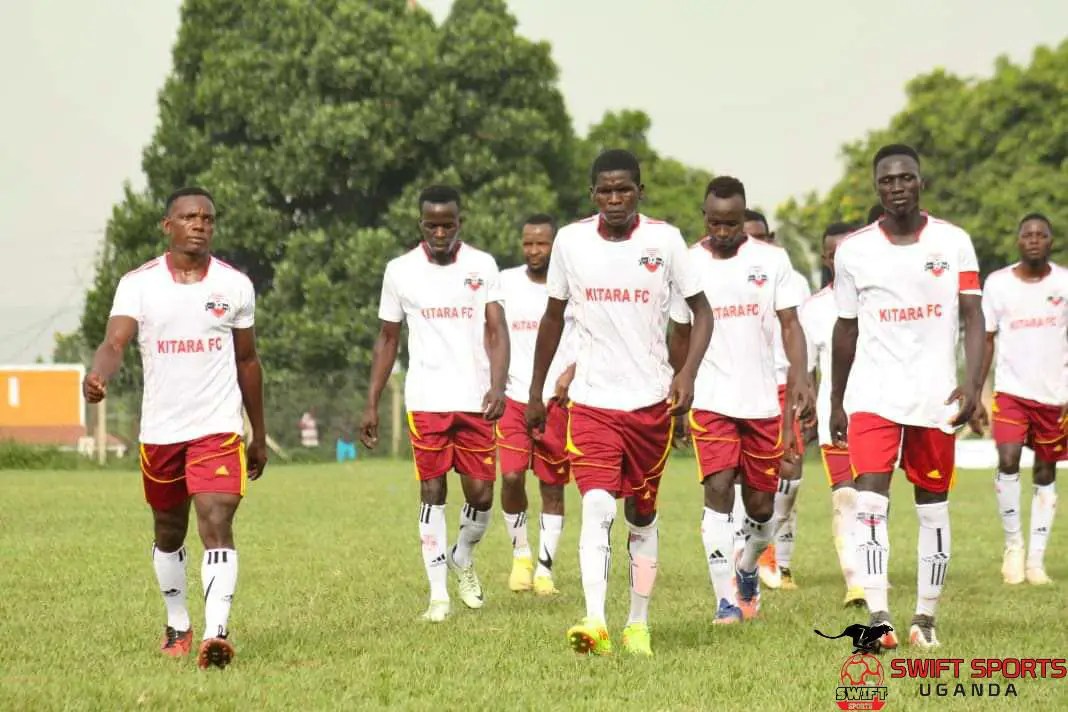 Kitara are fresh from humbling Kyetume in the league

A day after humbling Kyetume FC 4-2 in the Uganda Premier League, Kitara hosts Kigezi HomeBoyz in the round of 32 of the Stanbic Uganda Cup at Kavumba Recreation Grounds

The game was rescheduled following a mix up in communication about the venue.

Kigezi HomeBoyz was at Kavumba Recreation Grounds while the hosts opted to stay in Masindi at Masindi Municipal Stadium since it had been approved to host UPL games.

Nathan Oloro who scored four in Kitara’s 4-2 defeat against Kyetume is expected to inspire his side to another convincing victory.

Ivan Akera, Patrick Kusemererwa and Musa Doca are the other players expected to put up a difference.

Ivan Busingye, Bright Haguma, Philemon Lutaaya, and Fiat Cleophas will have to be at their best to help the visiting side move away with positive results.