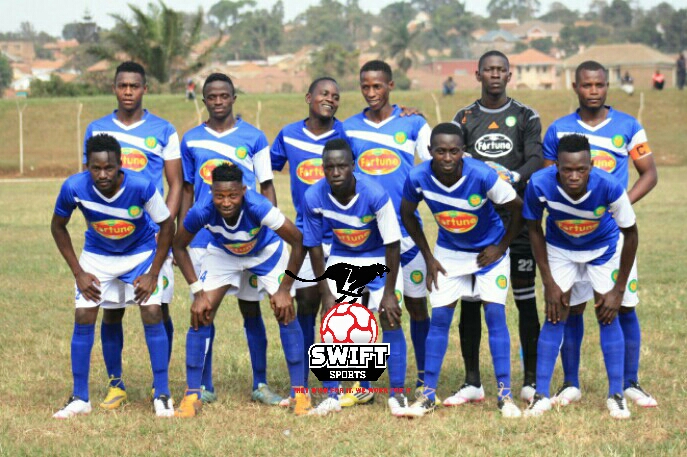 A superb volley from forward Hamis Tibita was enough for BUL FC to see off a resilient Nyamityobora FC side in a Uganda Cup round of 32 encounter played today at Kakindu Stadium in Jinja.

The two sides, BUL FC and Nyamityobora had played to a goalless first half of the game and seemed destined for a stalemate until the 71st minute when Tibita found the back of the net.

Tibita scored a beauty volley rebounding off a Jomi Hillary save with only 19 minutes left on the clock. Hillary, the Nyamityobora custodian had saved an initial shot from James Otim.

The visitors had managed to put up goal scoring attempts through Robert Mukonghotya, Ibrahim Kazindula and former BUL striker David Kizza but were all unsuccessful.

Kefa Kisala coached men become the 15th club to book a berth in this year’s Uganda Cup round of 16 stage.

The round of 16 will conclude next week with SC Villa hosting fellow top flight side Bright Stars on Wednesday 7th March.

AUPL: Revenge on the cards as Masavu hosts KCCA FC
SC Villa Vs URA FC : Wasswa Bbosa insists there is no pressure on his team as they host URA FC