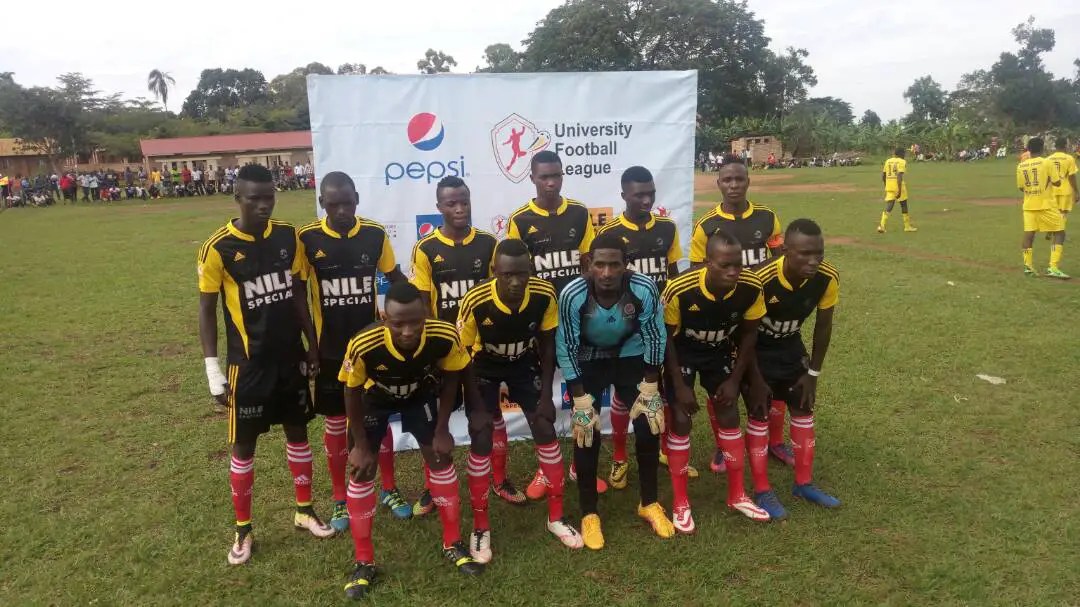 Uganda Martyrs University Nkozi (UMU) summed up their first round with a 4-1 win over Kampala International University (KIU) in a Group D showdown at Nkozi grounds.

UMU took an early lead courtesy of a penalty kick by Robert Sentongo following a Ronald Mugalu handball in the box in the 4th minute.

Derrick Mudaali doubled UMU’s lead with a superb header finishing off a Douglas Oree well delivered cross two minutes into the second half.

Nvule Jamil made it 3-0 with a well converted penalty kick in the 70th minute after his teammate Emmanuel Kamya was fouled by Jonathan Ogwang.

Isaac Odeke found a consolation goal for KIU after converting the 3rd penalty of the game in the 86th minute.

The victory elevates UMU to the summit of Group D with 7 points gathered from 3 games. KIU are 3rd with 3 points whereas debutants IUIU are second with 5 points.

Bishop Stewart is tottering at the bottom of the group with only one point.