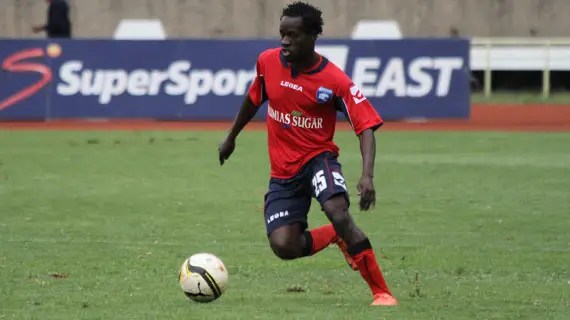 Wagaluka during his hey days in Kenya (Photo by Sports Michezo)

Wagaluka and Buni are expected to be joined by their compatriot John Adriko who is crossing over from SC Villa.

The pair is expected to be part of Lydia Ludic Academic FC in the forthcoming CECAFA club cup to be held in Dar es Salam, Tanzania.

He has been turning out for FUFA Big League side Water FC in the concluded 2017-18 season.

His compatriot Buni, was part of the Nyamityobora FC team that gained topflight last season but has previously played for The Saints, KCC FC, Aurum Roses, URA FC, BUL FC and Kirinya FC.

John Adriko is also expected to travel to Bujumbura tonight ahead of his anticipated transfer to the 2-time Burundian champions.

Should their deals materialise, their immediate assignments will be in Tanzania where Lydia Ludic takes on Gor Mahia, Rayon Sports and Ports of Djibouti in Group B of the CECAFA Club Cup.