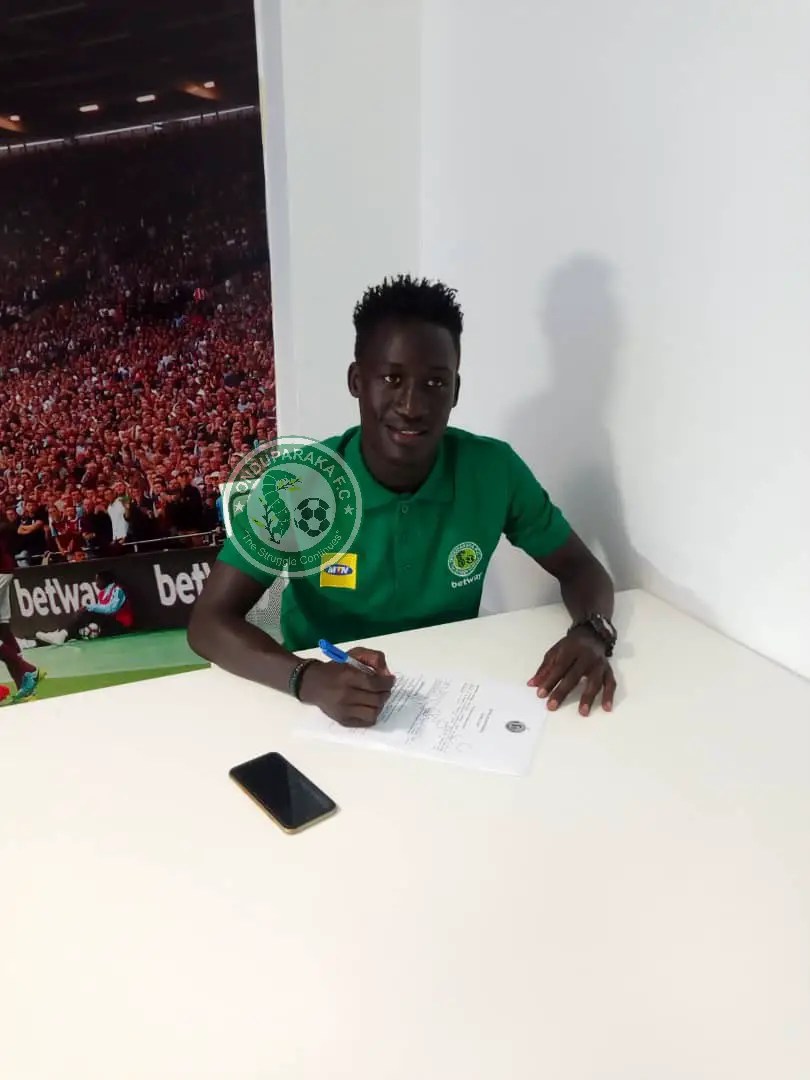 Arua based club Onduparaka FC has completed the signing of utility player Fred Agandu from Jinja outfit BUL FC on a 2 year deal.

Agandu is a tried and tested versatile player who can ably feature as a roving right back but also as a central midfielder.

Upon signing for the Caterpillars, Agandu relished his new challenge via the club’s official website onduparakafc.com

“I am very excited to be joining Onduparaka because its one of the biggest clubs we have in the country now. I know it will come with a lot of challenges most especially fitting in because of the quality of players but as a player challenges are all what we look for and am ready. I am also excited about coming Home because I will be fighting for my own people’s pride.”

Last season, Agandu scored 3 goals for BUL FC. One against Soana FC and winners against Proline and SC Villa all from the right back position.