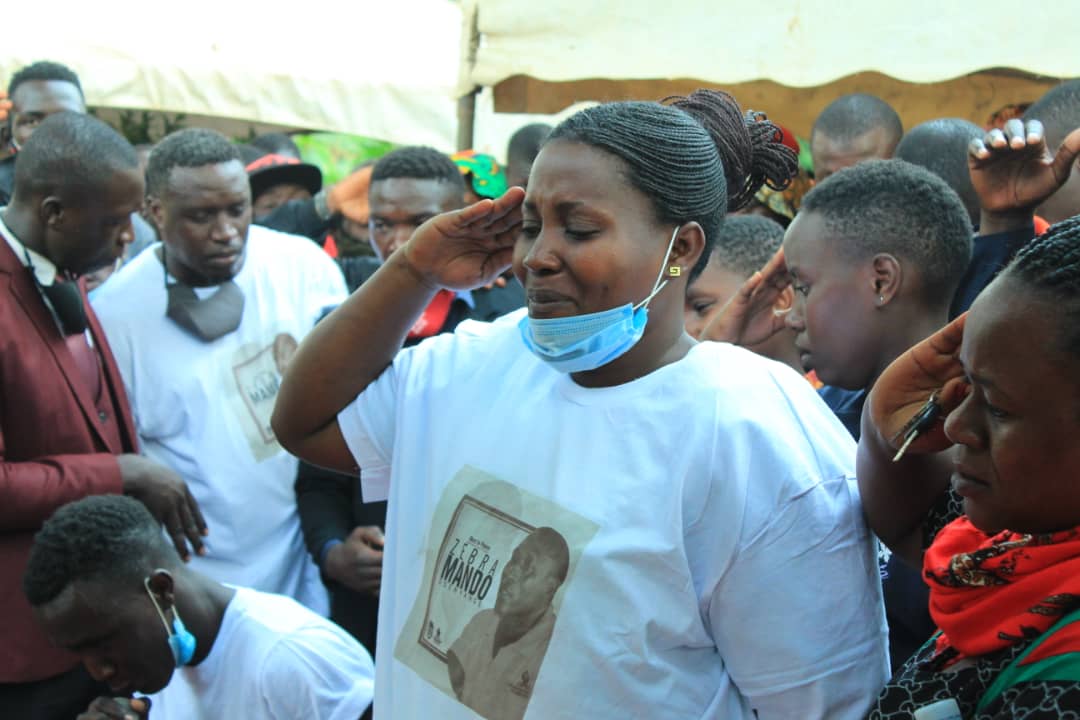 Senyange's widow saluting the casket of her fallen man

The amount of love and affection that the people showed to the fearless fighter was tremendous.

Zebra was brought down in a hail of fire in the wee hours of Wednesday outside his home in Bwaise a slum in Kampala by assailants travelling in two vans commonly known as drones.

Kawempe Mayor Sserunjogi confirmed that they are to re name the road from Eden Pub to Kawaala in commemoration of the late.

“Zebra has been a friend and son to me. He has indeed represented our nation, Kawempe division has lost a special person and we will always remember him.”

“He has to be appreciated for the tremendous work he has done for the division. We are to name the Eden Pub to Kawaala road after him in honour of his great work to the division.”

“I just don’t know how I will run the Federation because he has left a big gap to the Boxing fraternity. I call upon the government to investigate the death of Zebra.”

Zebra was raised in the Ghetto of Bwaise and fought in the amateur ranks through the late 90s and 2000s before he turned pro in 2012.