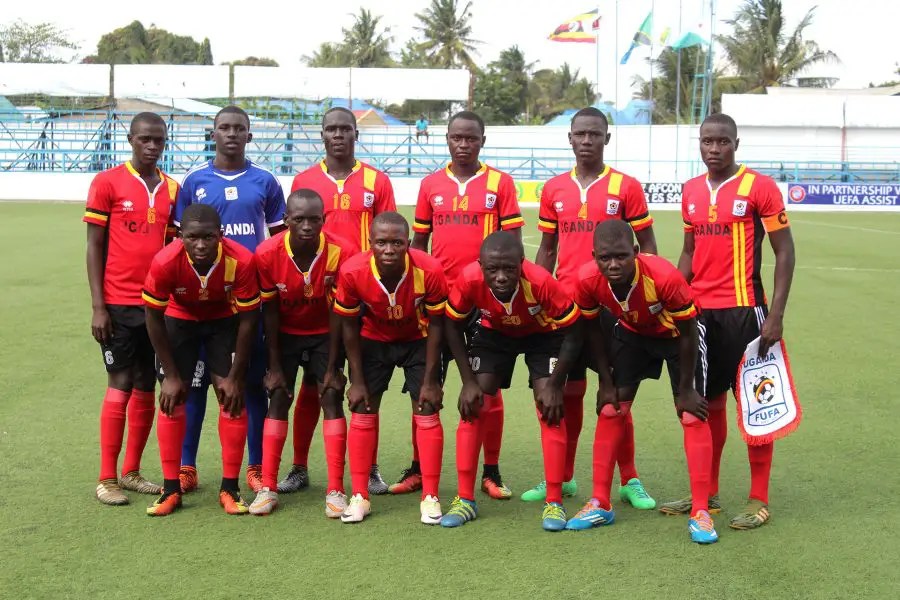 On August 24th, 2018, Uganda beat Tanzania 3-1 to book their place at the AFCON tournament for the first time in history.

Peter Onen assembled a vibrant side that conquered the CECAFA regional qualifiers beating every team save for the opening day 1-0 defeat to Ethiopia. They not only secured qualification but also won the tournament and crowned champions in the process after edging Ethiopia 3-1 in the finals.

Unfortunately not all the boys made it to the final tournament hosted by Tanzania, in fact, their coach too was replaced by Ghanaian Kwesi Fabian Apaa two months to the finals.

Like the norm is in developmental football, only a few of a group are expected to make it to the next level and two years later, Morley Byekwaso was tasked to assemble another side to challenge for one of the two places allocated to the East African region for the U-20 AFCON.

Among Byekwaso’s selection, only Captain Gavin Kizito, Najib Yiga and Ivan Asaba managed to make it out of the triumphant band that made the country proud in 2018.

We take a look at Peter Onen’s youngsters and their whereabouts today.

The calm solid defender was a core member of Onen’s squad, he managed to keep his place at the tournament proper and he later earned a promotion to the senior Express FC team during Kefa Kisala’s reign. He was retained by Wasswa Bbosa.

Went to the qualification campaign as a Bright Stars JT player, he also maintained his place at the main tournament. He later struggled to break into the senior Bright Stars squad and recently joined UPDF FC.

The inspirational skipper went on to captain the side at the U-17 tournament and has seen his stock rise tremendously. He got promoted to the senior squad of the record league leaders SC Villa and also commands a starting place. He has been maintained as captain for Morley Byekwaso’s U20 team in Tanzania.

Went to the tournament as an Onduparaka JT player, he failed to keep his place for the final tournament and has since been promoted to the Onduparaka senior team.

A student of Jinja S.S, Ekollot went to the qualification tournament as a Bright stars JT player. He was among the unfortunate few to lose their place for the tournament proper.

One of the key pillars in Onen’s squad but has been overlooked by Morley Byekwaso. Sekajja had a good start to the 2019/20 season but the sacking of Muhammed Kisekka spelt doom on his progress. He has since been relegated to the bench and a handful of appearances. He is on the books of Solitilo Bright Stars

After a failed attempt to join the paid ranks in Turkey, the former Bright Stars JT player has since returned home and is currently among the Busiro Saza squad in Njeru. He is expected to join Kajjansi United, a Buganda regional league side.

A superstar of the qualification tournament, the former Onduparaka JT striker scored bags of goals for the Cubs including a brace in the finals against Ethiopia. He was attached to Cagliari FC in Italy prior to the tournament.

Abdul Wahid will hope to revive his career at Big league side Arua Hill FC.

Another shining star of the tournament and also one of the few members that have managed to progress to the U-20 side.

The then Vipers JT youngster has been awarded a playing license for the 2020/21 season.

One of the youngest members of Peter Onen’s squad at only 14 years. Juma later got promoted by Mike Mutebi to the KCCA FC senior side and earned his debut in the Uganda cup tie against Dove FC. He is also part of Hamza Lutalo’s U-17 team preparing for AFCON qualification.

The left-sided defender managed to keep his place at the tournament proper.

He was a UPDF JT player when summoned by Peter Onen and a student of Royal Giant S.S, he is understood to be a resident of Bombo town but his whereabouts in the game today are unclear.

The scorer of Uganda’s second goal in the semifinal against Tanzania, Alou went to the tournament as a member of the URA JT. He has since been promoted to the URA senior side by Sam Ssimbwa assigned with shirt number 2.

Another of Onen’s trusted lieutenants, Yiga netted a hat trick in the 8-0 demolition of Djibouti at the Chamazi stadium in Dar es Salaam. He is also a key member of Morley Byekwaso’s U-20 side that have sealed qualification for AFCON. He was recently announced in Fred Kajoba’s squad for the 2020/21 season attached to shirt number 24.

A student of Tororo Progressive prior to the tournament, Yasin Abdul was later lured to join St. Mary’s Kitende but promotion to the senior team still eludes him. He is currently ineligible to feature for the junior sides.

He went to the qualification tournament as a BUL JT player, he is a student at Jinja Progressive S.S

He was attached to Football for Good football academy. The winger failed to keep his place at the main AFCON tournament and he is believed to be still on the books of URA JT.

Picked by Onen as a KJT player, he recently went to Turkey for trials but has since returned to KJT and he is a member of the Kampala regional league side.

George Oluka (GK) Ngonde Elvis and Joseph Kafumbe traveled to Tanzania but were eliminated from the squad by the MRI scan. However, continued with fine progress and managed to bounce back to be selected by Morley Byekwaso.