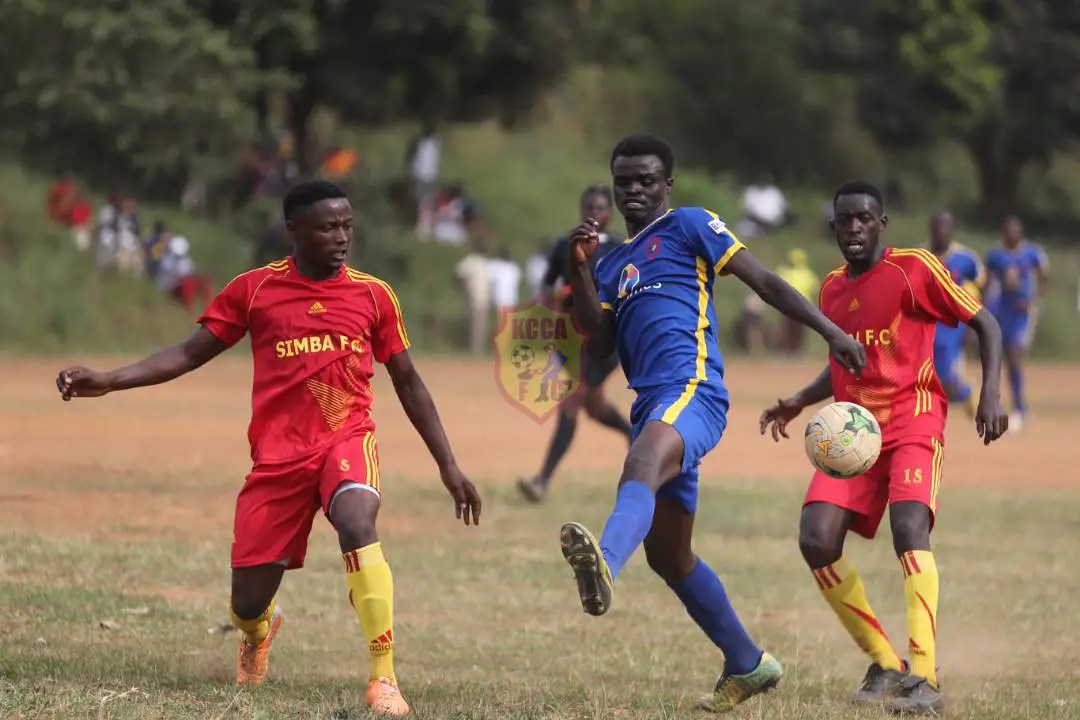 Defending champions KCCA FC came from a goal down to progress to the later stages of the Uganda cup.

It required an extra effort from sharp forward Muhammad Shaban who scored a brace to bring the Lugogo based side back into the game.

After only 23 minutes, the experienced and Simba captain Robert Kimuli scored a beautiful header off a corner kick past Jamil Malyamungu in the KCCA goal.

Prior to the goal, the defending Champions were forced into an early substitution when Sadam Juma was knocked down by a hard tackling Kayiira to have way for Solomon Okwalinga.

However, 30 minutes into the game, Shaban Muhammad rose to the occasion when he controlled along taken ball by Timothy Awany from the right flank amidst the hosts’ defenders and placed the ball past a visibly helpless Abdul Tebazalwa between the posts for Simba to attract cheers from the visitors’ faithfuls.

The second half did not provide any goal scoring opportunities to either side at the start. Both teams defended and attacked in equal measures. However, with 25 minutes played an opportunity presented itself to the Kasasiro boys when defender Ayatu Ismail Ssempijja brought down Allan Okello and the visitors were awarded a Free-kick.

Timothy Awany took a well calculated drop ball into the goal area to meet a header tap-in by Shaban Muhammad once more to extend his tally to 2 goals on the day and seal victory for his side.