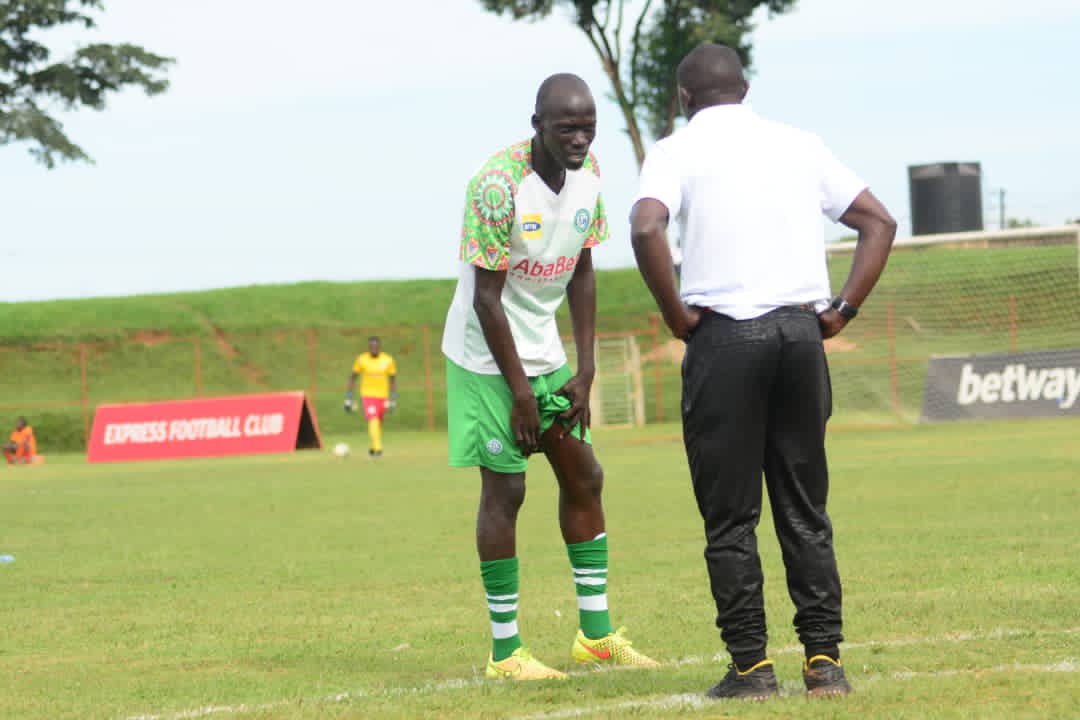 Joseph Mutyaba is under pressure to deliver for his new team. They have lost 4 games in succession ( Photo: Express FC)

9 time winners SC Villa will hope to capitalise on Onduparaka’s bad run of form in the league when the two face off at the Green light stadium in Arua.

The 2016 Uganda cup finalist have undergone a turbulent time in the league, that has seen them lose 4 games on the bounce and consequently dropping them into the relegation mix.

To reach this stage, Onduparaka laboured to eject Big league side Luwero United by a slender 1-0 aggregate lead. Whereas SC Villa recovered from a first leg 1-0 defeat to overcome Ndejje University 3-1 on aggregate .

When they faced off in the league, Villa won 1-0 courtesy of a Nicholas Kabonge stoppage time strike.

SC Villa welcomes back Derrick Ndahiro and Nicholas Kabonge who missed the infamous stalemate with BUL FC at Bombo in the league.

Star man Ronald Sekiganda has not made the trip to Arua. He joins Andrew Kiwanuka , Moses Kiggundu and Benson Muhindo at the treatment table.

Onduparaka have no fresh injuries reported but assistant coach Mubarak Wamboya tendered in his resignation letter.

After this tie, the two will meet again on Tuesday for the return leg to determine who proceeds to the quarter finals.