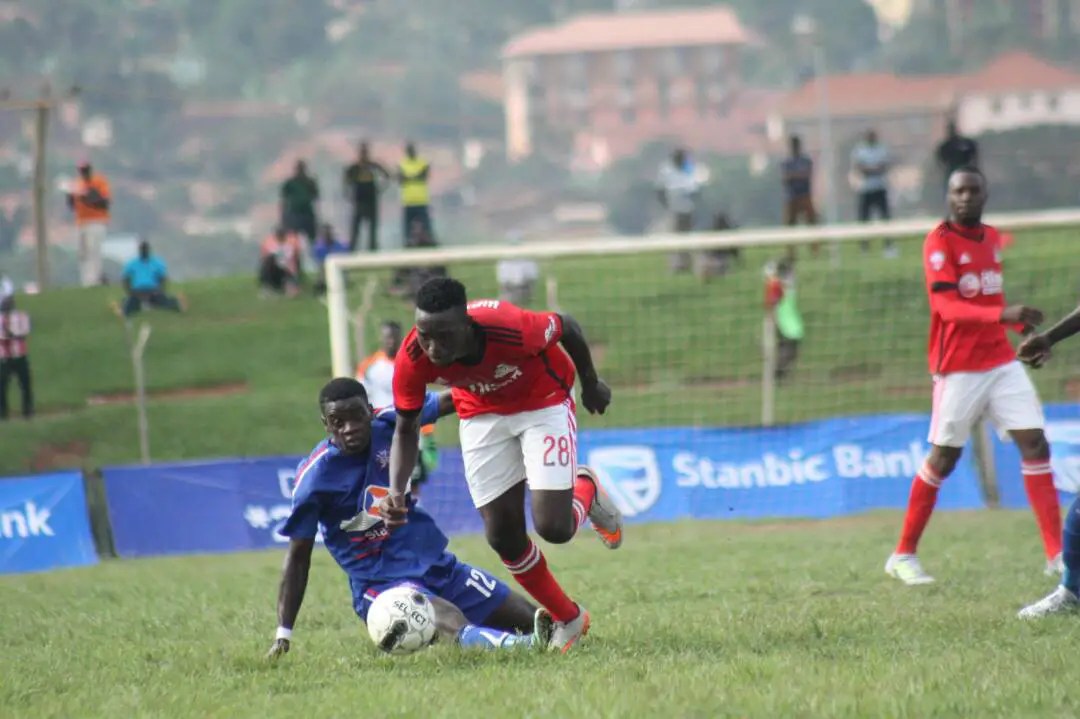 Action in the previous encounter at Wankulukuku

With KCCA having already booked their place in the finals of the 2017/18 Uganda cup finals, Vipers and Villa will battle for the remaining spot at the St Mary’s Stadium in Kitende.

SC Villa will book a place in the finals if they managed any goal scoring draw but they will however have to contend without more than 5 of the usual starters who are ruled out through injury.

Despite the absentees, head coach Wasswa Bbosa insists that his team are capable of completing the task that will see them qualify for their first finals since 2015.

“I am confident the available boys will be able to accomplish the task, much as we have been hit by injuries in some keep positions, I believe the players who will be selected will be able to perform to the expectations and see us through. They know that we definitely have to score goals if we are to go through”

The match comes at a time when some of Villa fans have been hit by a ban not to appear at tomorrow’s venue, a move that has prompted their colleagues to threaten a retrospective action of not attending the match as a sign of solidarity with their banned fellows.

Asked to comment about the impact of the possibility of playing the match without their fans, Bbosa said,

” I am not in position to comment about what the fans are planning because I am not their spokesman, but all I would say is, we need them as always.”

Vipers SC will also be without midfielder Taddeo Lwanga who is suspended due accumulated yellow cards.

The aggregate winner will meet KCCA FC in the finals that will be staged at Emokori grounds in Bukedea district on June 9th 2018.

Nkata gets off the mark with an emphatic 3-1 win over Yanga Africans
CECAFA Kagame Cup : Vipers SC pitted against defending champions in Group A