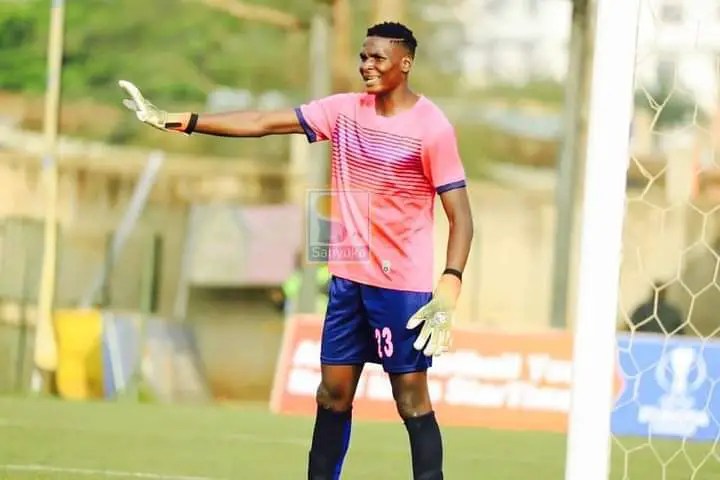 Ethiopian giants St. George are in talks with Uganda Premier League side Police FC for a possible move of goalkeeper Thomas Ikarah, Swift Sports has learnt.

St. George expressed their interest in signing Ikarah who has just joined Police FC at the start of the current season from KCCA FC.

Ikarah has featured in five of the seven games The Cops have played, keeping three clean sheets and conceding only two goals in the process.

The former Kirinya JSS and KCCA lanky shot stopper was part of the 25-man squad that represented Uganda in the recently concluded CHAN tournament in Cameroon.

Swift Sports understands that St. George were also interested in signing James Alitho, another Ugandan goalkeeper but currently based in Zambia.

Should the talks materialize, Ikarah will become the second goalkeeper in the ongoing Ethiopian Premier League, the other being Brian Bwete Zigi who turns out for Shire Indaselassie FC.

Yasser Mugerwa currently at Sidama Bunna and Hadiya Hossana’s Isaac Isinde are the outfield Uganda players who feature in the Ethiopian top-flight league.

Robert Odongkara, Dennis Onyango, Posnet Omony, Hannington Kalyesubula and most recently Ismail Watenga are the Ugandan goalkeepers who have previously plied their trade in the Horn of Africa nation.

Up to date, St. George remains the most decorated club in Ethiopia having won the league title a record 29 times, the domestic cup on 12 occasions and featured in the 2017 CAF Champions League group stages.