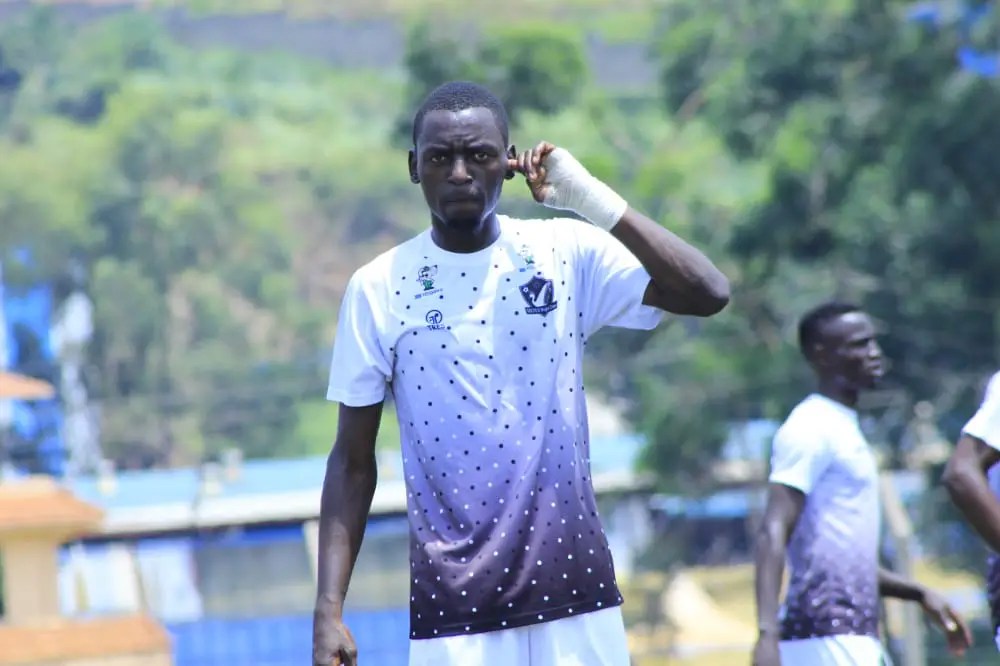 Jamil in the colours of Bright Stars

Jamil Nvule Kisitu was on the score sheet for the first time for Soltilo Bright Stars in their 1-1 draw with Busoga United at FUFA Technical Center in Njeru.

He scored the equalizer in the 5th minute of the game shortly after Paul Sekulima had put Busoga United into an early lead.

The offensive midfielder has dedicated his maiden goal to teammate Joseph Akandwanaho who was injured in the build up for his strike.

” I dedicate my first goal in the Uganda Premier League to my teammate Joseph (Akandwanaho) who sustained an injury in it’s build up and was eventually substituted.”

” I’m so happy that I scored though we didn’t win. I wanted to score my first goal in the previous game against my former club Kitara but it’s unfortunate that I had to wait a little longer.”

Nvule joined Soltilo Bright Stars from Kitara FC after guiding the Hoima club to the top-flight from the Big League.

He revealed his season target and believes it’s fair enough for him as he acclimatizes with the new club.

” Playing in the top flight is not easy because it comes with a lot of pressure to deliver. I had joined Onduparaka FC at the start of last season but things didn’t work out. I then believed at some point that I was not yet ready.”

“I want to set a low target for myself as I get used to the league. I believe scoring four goals and a good number of assists can be a fair target for me” He added

Soltilo Bright Stars are 10th on the table with nine points and will face Mbarara City next on Friday 19th at Kakyeka in Mbarara.