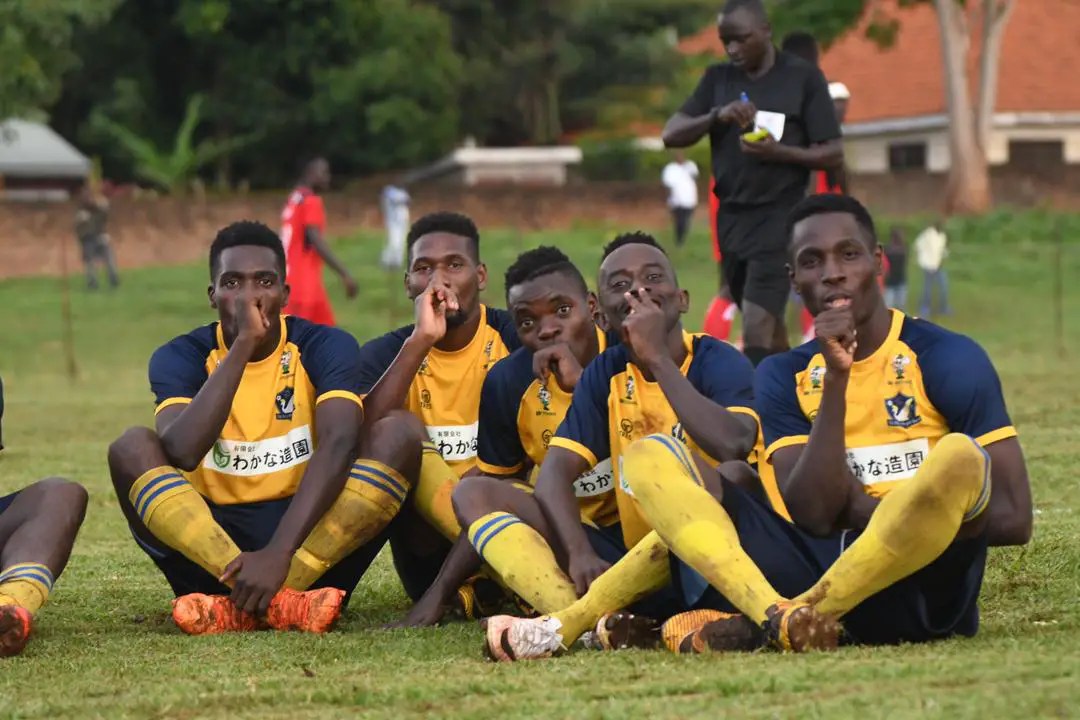 Bright Stars celebrate one of their goals

Joseph Akandwanaho, Joseph Jjanjali and Samuel Ssekatamate Kayongo scored the goals for the Baker Mbowa coached side in the 3rd, 49th and 64th minutes respectively.

Referee Rajab Bakasambe awarded a penalty to MYDA after a foul on Rashid Mpata in the 52nd minute but the resultant kick was missed by midfielder Eric Mutebi.

The hosts had to play the last 13 minutes with one man less when Paul Musamali was given matching orders.

Musamali was just returning back from suspension.

The two sides will be back in action on Tuesday 20th-April.