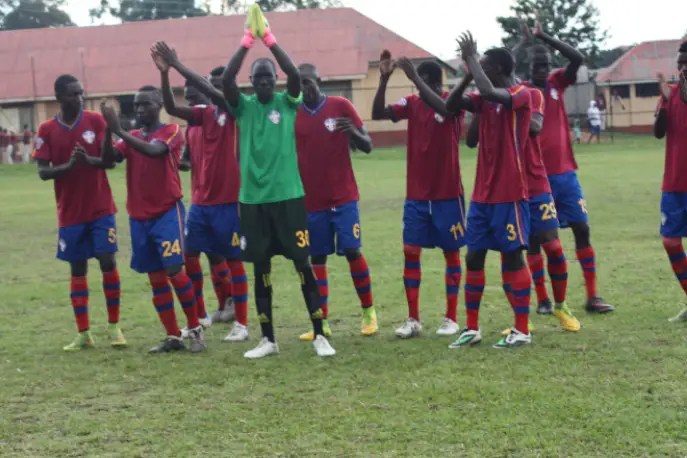 Walusimbi was also on the score sheet during the 1-1 draw first round meeting between the two sides at St.Mary’s Stadium Kitende last year.

Maroons began the game on the front foot, making numerous attacks but most of their early chances in the opening 20 minutes were put to a waste by Pius Obuya and William Kiibi respectively.

In the 23rd minute, Dan Muzeyi Sserunkuma gave the visitors the lead tapping in on a rebound after Milton Karisa had earlier forced Maroons custodian into a save.
The first period broke off with Vipers leading the hosts 1-0.

In the resumption of the game, Asaph Mwebaze made a double change earlier on to boost his attack introducing on Ivan Wani and Emmanuel Olinga in places of William Kiibi and Pius Obuya respectively.

The tactical move helped the home side to press forward forcing Vipers to play on the back foot as they were holding on to their lead.

In the final 20 minutes, Maroons brought on Patrick Gonahasa for Richard Ayiko to pile more pressure on the well organized Vipers defence.
With the clock ticking, Maroons levelled in the 76th through Solomon Walusimbi finishing brilliantly a Emmanuel Olinga low cross that beat the Vipers defence.

With the scores level, Vipers Portuguese tactician Miguel Da Costa made a double change five minutes to the 90 as Dan Sserunkuma and youngster Ashraf Bamuturaki paved way for Steven Mukwala and Pius Wangi.

By the end of proceedings both sides had to settle for a point apiece.
Felix Okot and Eddy Kapampa were both booked on Maroons side for dangerous play on Tom Masiko respectively while Deus Bukenya was the only Vipers player to receive yellow for reckless play on Solomon Walusimbi.

The stalemate sees Vipers move to the summit with 36 points on a better goal difference than second placed Sc Villa who have a game in hand, while Maroons are fifth on Azam Uganda Premier log with 27 points.

Maroons will next face a trip to Mbarara City on 10th March whereas Vipers next travel to URA FC at Mandela National Stadium Namboole on 14th March 2018.