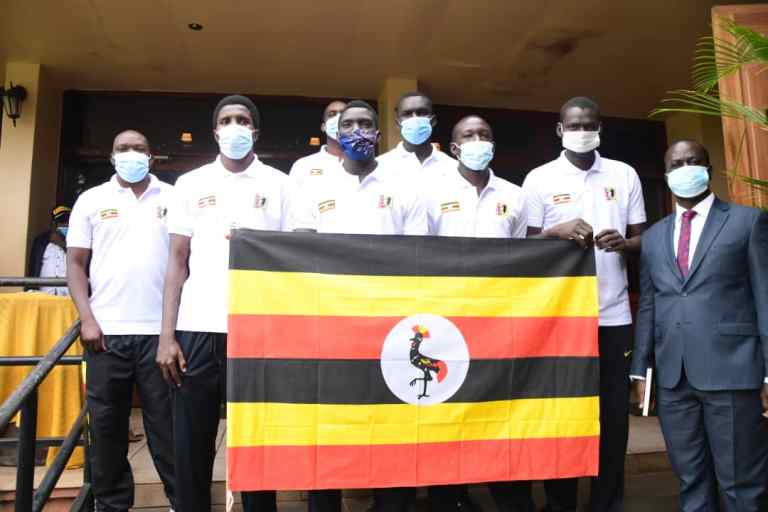 The Uganda senior men’s national basketball team have arrived back in the country from Egypt where they participated in the first qualifying window for the 2021 AFROBASKET tournament due in Kigali, Rwanda.

Silverbacks finished second in group E alongside Egypt, Morocco and Cape Verde and managed to win two of the three games that were played in Alexandria at the Al lttihad Stadium.

The team was welcomed by NCS General Secretary Dr. Bernard Ogwel. They were also treated to a luncheon on Thursday at Copper Chimney.

Ogwel applauded FUBA for planning well for the national team

“I take this opportunity to thank FUBA for planning well for the National team, of course there are challenges of government funding but we are making all the possible efforts to inject more.”

“When we were in Egypt, I told the boys that it will embarrassing to leave without any win despite the hardships we faced.” I am very delighted that the boys did listen and delivered success.“

They are currently second placed with 5 points gathered from the 3 games played, a point behind leaders Egypt. This gives the Silverbacks a chance to make it to the final tournament.

The team will have a two weeks break and the locally based players will resume with a nonresidential training on December, 15th, 2020 in preparation for the second qualifying window due to take place from 19th to 21st February 2021.

The contingent that was in Egypt ;