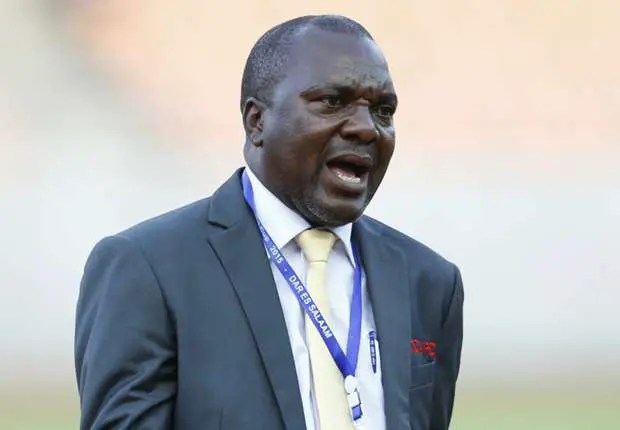 Vipers SC club have reached an agreement with Sofapaka coach Sam Ssimbwa to see him take over in the capacity as head coach of the Kitende based club.

Reliable sources indicate that Sam Ssimbwa’s representatives have reached a compromise with the executives at Vipers and the coach will use the CECAFA break to see that club returns to the rails after a poor run of results.

“It has always been his desire to manage at home, his track record and CV speaks for itself . Negotiations between him and the club are under advanced stages and he will be Vipers coach in a few days to come”,

Vipers who were tipped by many as the favourites to stop KCCA’s dominance in Ugandan football, find themselves in 5th position, 8 points behind leaders SC Villa and are also lagging behind teams Onduparaka, Police FC and KCCA FC.

Sam Ssimbwa’s choice has been easy for the hierarchy at Kitende with his broad CV being the biggest catalyst. He is also known for his no nonsense character and a self proclaimed fire fighter.

He is famously remembered for winning the Uganda Cup (Kakungulu cup) in 1999 with lowly Mbale Heroes, The Uganda Premier league 2012 with Express FC, and he has coached at Masaka LC, Top T. V, ATRACO in Rwanda, SC Villa, Soana, SC Victoria University, Simba SC in Tanzania and currently at Sofapaka in Kenya.

If confirmed, he will take over from Portuguese born Miguel Da Costa who was appointed in early March to steer the club to glory, a task he has failed despite the huge investment.

Miguel Da Costa lambasts his team. “We were incompetent against URA
CECAFA 2017: Zimbabwe withdraw from the tournament