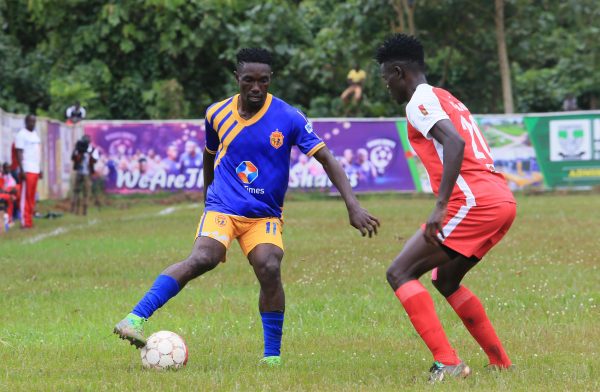 The “five points” that has been the talk of the town could actually be no more should KCCA win the game against Wasswa Bbosa’s Express.

KCCA are second on the log with five points behind leaders Vipers who lost to URA in their 23rd game of the season.

Express on contrast are 10th with 27 points and hope for no further slips so as to beat relegation as the campaign hits the final bend.

The Red Eagles are targeting for a third straight league win having won their previous two under new coach Wasswa Bbosa against Tooro United and Onduparaka.

KCCA come into this fixture after playing out a goalless draw with close rivals Vipers at Kitende.

Statistically, KCCA have won 10 of the last 21 meetings between the two sides while Express have only managed four victories and the other seven have resulted into draws.

The reverse fixture when both sides met at Kabaka Kyabaggu ended 3-1 in KCCA’s favour.

The last time Express won an away game against KCCA was in April 2015, a 3-0 thanks to Julius Ogwang, John Ssemazzi and Isaac Sserunkuma.

Youngster Joseph Kizza Bukenya also returned from injury but will have to wait a his license.

John Revita will unfortunately not feature against his former side while the Mutyaba duo of Mike and Muzamir is likely to be out after losing their siblings.

Jackson Nunda, Hassan Jurua and Sam Ssenyonjo are other players who won’t be able available for selection.

Express will miss workaholic midfielder Lawrence Kigonya who was sent off in the game against Onduparaka.

Wasswa Bbosa will rely on his defense and attack in case his charges have something to get from Lugogo.

Frank Kalanda, Frank Senyondo, Eric Kambale and Disan Galiwango will be the key players for the Red Eagles.

A win for KCCA will reduce Vipers’ five point lead to only two points while Express can only stretch their proximity from the red line.

The game will have a Fufa Juniors League fixture between the KCCA and Express junior teams as the curtain raiser.