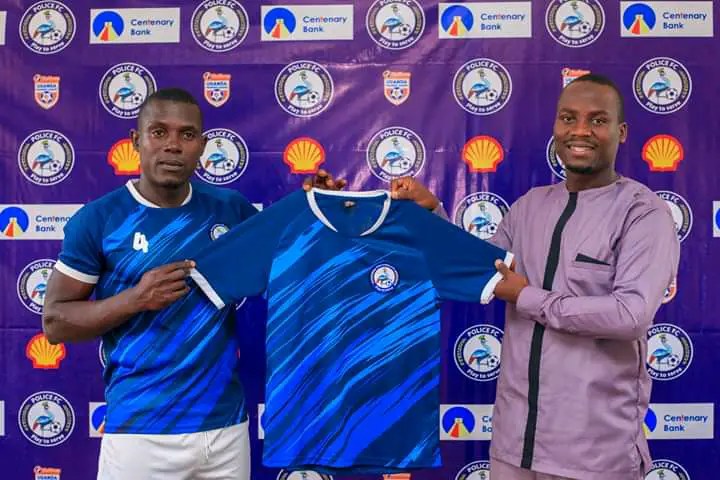 Police FC captain Joseph Sentume has extended his stay with the Club.

The Central defender put pen to paper on a three year employment contract with the Cops.

“It’s a pleasure having been given this opportunity, it’s a sign of trust and confidence in me from the club.”

“I promise to double my effort compared to the last campaign.” Sentume stated via the club’s social media page.

He joins Johnson Odong, Denis Rukundo, Yusuf Ssozi, Bashir Kabuye, Mubarak Nsubuga, Emmanuel Kiryowa and Musa Matovu as the other players to have renewed their contracts.