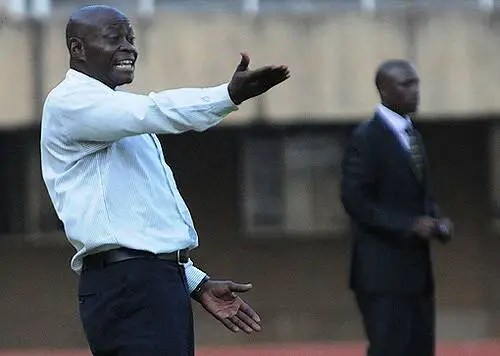 Not until URA FC beat Kirinya Jinja SS 2-0 on Wednesday, the tax collectors had failed to register a win in their previous 4 league games.

Head coach Paul Nkata believes the team has now adapted to the system he wants them to play although he distanced himself from guaranteeing a win in their subsequent matches.

Speaking to the press in the post match conference at Namboole, he said ;

“These 3 points are now going to boost my team. We have not been winning in the last 4 matches because of luck of goals but now we scored. It’s a big boost and i expect more and more goals now. It takes time to acclimatise a system of play that is why they have been struggling but am happy we did it today”.

Asked whether this implies that his team will now go on a run and win the subsequent matches he said;

“That one i can not predict because i am not God but my thinking is that we might go to another level”.

The revenue collectors now have 30 points and sit 8th on the table of 16 teams.

The next fixture will see them lock horns with Maroons on Friday, 20th, April, 2018 at Mandela National stadium in Namboole.