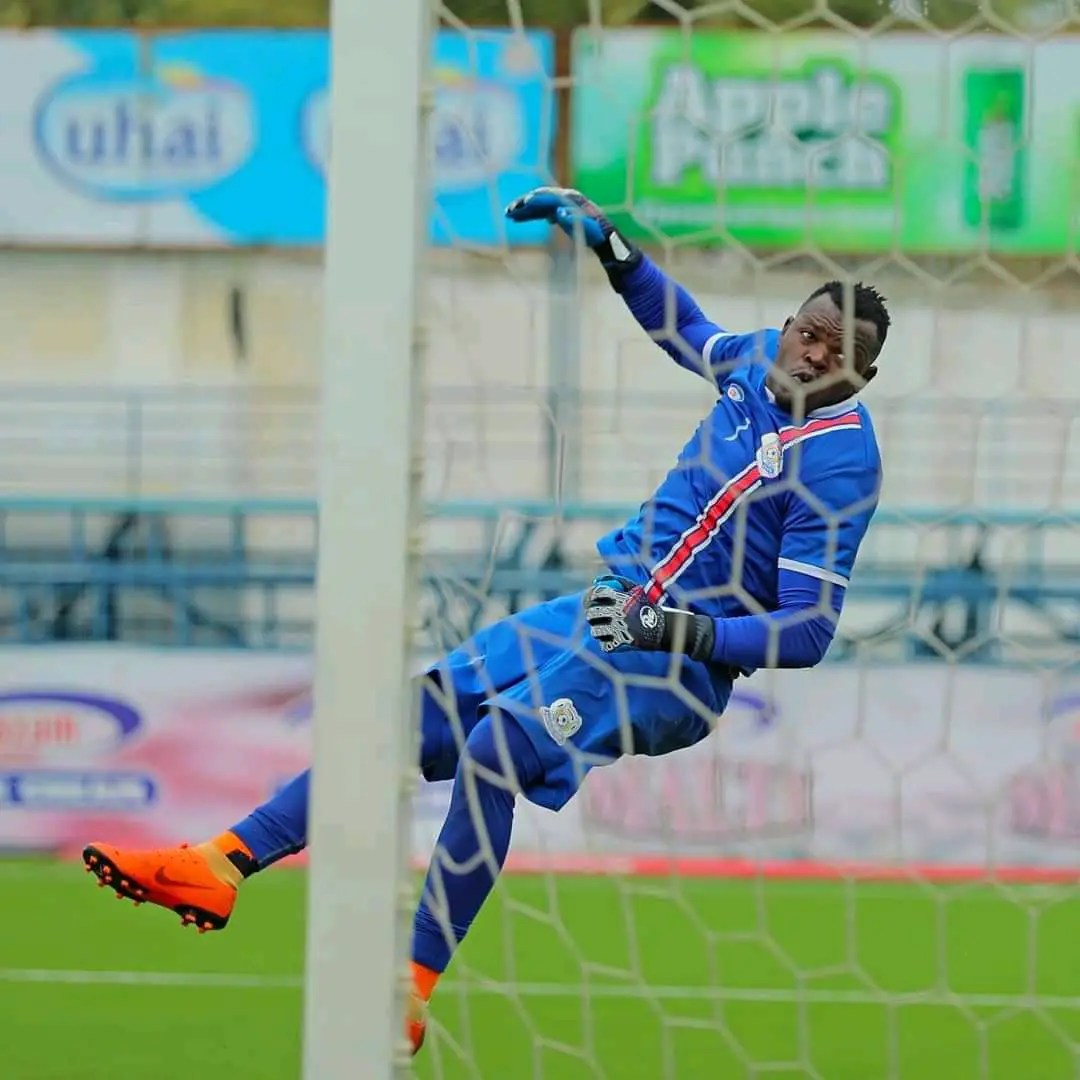 Kigonya did not complete Azam's win over Mtibwa

There was plenty of action across all leagues. A number of Ugandan players were involved in the busy weekend that kicked off on Friday.

Tanzania
Goalkeeper Mathias Kigonya was stretchered off in the 27th minute as Azam beat Mtibwa Sugar 2-0 on Saturday. Kigonya suffered a shoulder injury in the 24th minute.

Kigonya’s compatriot Nicholas Wadada played full-time in the right back position for Azam.

Yayo Lutimba started on the bench as Mbeya City drew 0-0 with Kagera Sugar who didn’t have Jackson Kibirige in their match day squad.

Othieno headed in the winning goal in the 90th minute and sent Musongati back to the table summit.

South Africa
Moses Waiswa came on in the 71st minute for Jesse Donn as Supersport United lost 3-0 to Cape Town City on Saturday.

Striker Daniel Isiagi Opolot was not part of the Jomo Cosmos match day squad that lost 1-0 to Cape Town All Stars in the South African second tier.

Denis Onyango’s Mamelodi Sundowns will take on Ismail Watenga’s Chippa United in a match both players are expected to feature in on Monday afternoon.

Scotland
Bevis Mugabi returned to action for the first time since February as Motherwell beat St. Mirren 1-0 in the Scottish Premiership. Mugabi came on in the final nine minutes for Christopher Long.

Zambia
Goalkeeper Yasin Mugabi played for Red Arrows who beat Green Eagles 2-0 in the Zambian League on Sunday. Mugabi did not only keep a clean sheet but was also shown a yellow card in the 44th minute.

Left back Shafik Batambuze played for Kabwe Warriors in their 1-0 win over Young Green Eagles on Saturday.

Striker Edrisa Lubega came off the bench to mark his second appearance for FK Pribram who lost 2-0 to Sigma Olomouc in the Czech Republic top-flight league on Saturday.

Midfielder Jayden Onen played for full-time and got booked in the 34th minute as Reading U-23 lost 4-2 to Middleborough U-23 on Friday.

Elvis Bwomono played for Southend United in their goalless draw with Crawley Town in the League Two on Saturday.

Israel
William Kizito Luwagga (suspension) wasn’t part of the Hapoel Kfar Saba team that lost 2-1 to Hapoel Hadera on Saturday. Luwagga is serving a suspension after seeing a straight red card in the previous game against Beitar Jerusalem.

Ashdod FC will host Maccabi Haifa on Monday night. Timothy Awany is expected to feature after returning from injury unlike his compatriot Fahad Bayo.

Denmark
Midfielder Moses Opondo was introduced in the 20th minute for Kasper Larsen as his OB Odense lost 1-0 to Vejle Boldklub on Friday.

His compatriot Ronald Mukiibi is not expected to take part in Ostersunds FK’s game against Kalmar in the Swedish top-flight on Monday.

Spain
Defender Victor Matovu played full-time for CD Villacanas who lost 2-1 to CR Manchego in the Spanish fourth tier on Saturday. The former Hippos defender was booked in the first half.

Germany
Herbert Bockhorn played the final 13 minutes in Vfl Bochum’s 3-0 defeat to SC Paderborn in the Bundesliga 2. On Saturday.

Vietnam
Moses Olaya featured for Ha Noi FC beat who beat Than Quang Ninh 4-0 in the Vietnamese V. League on Sunday. Godfrey Baba Kizito played full-time as a right back for the losing side.

Hai Phong continued life without their inspirational captain Joseph Mpande who is not licensed to feature in the first round of the season. They lost 3-0 to Than Hoa.

Robert Odongkara played for Horoya AC of Guinea in their 2-2 draw with Kaizer Chiefs on Saturday. The draw automatically eliminated Odongkara and his teammates from the tournament.

Jamal Salim Magoola was an unused substitute as Al Hilal lost to TP Mazembe in Libumbashi on Friday.

Taddeo Lwanga was rested as Simba lost 1-0 to Al Ahly in Cairo.