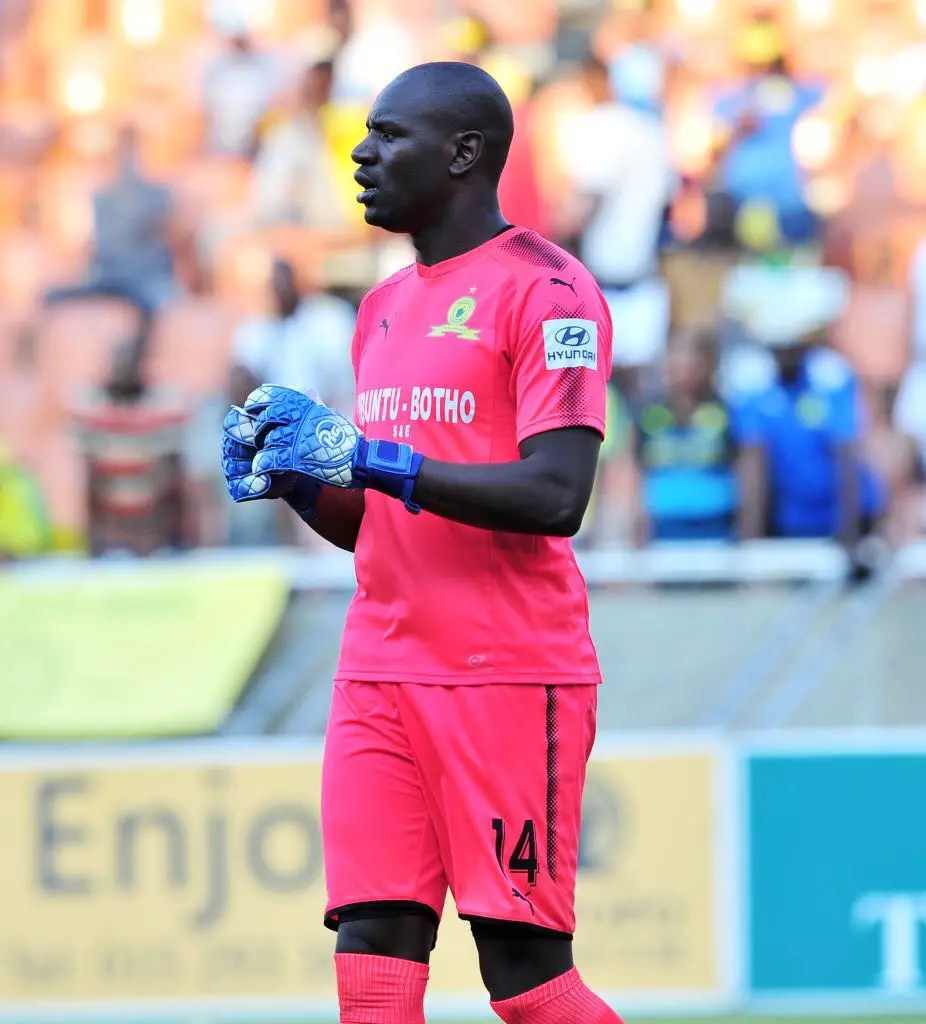 Cranes captain and shot stopper Denis Onyango collided with Polokwane City player Mbulelo Wagaba late in the first half of their ABSA premiership match at the new Peter Mokaba Stadium on Tuesday night.

Onyango who had come to collect the ball in the air but was challenged by Wagaba whose elbow hit the cranes number one in the face.

The cranes skipper fell awkwardly and stayed down as he was first treated on the pitch before being rushed to hospital by an Ambulance. He was replaced by Zambia’s Kennedy Mweene in the sticks.

His club released a statement on Twitter regarding the status of the custodian which read,

“Denis is in a stable condition and will undergo multiple tests done following a serious head injury.”

Sundowns went on to win the game 2-0 courtesy of goals from Richardo Nascimento and new signing Lebohang Maboe.

Cranes head coach Sebastien Desabre will hope that his star goalie is not seriously injured since it’s just days to the Cranes mouthwatering tie with the Tanzania on September 8th 2018.