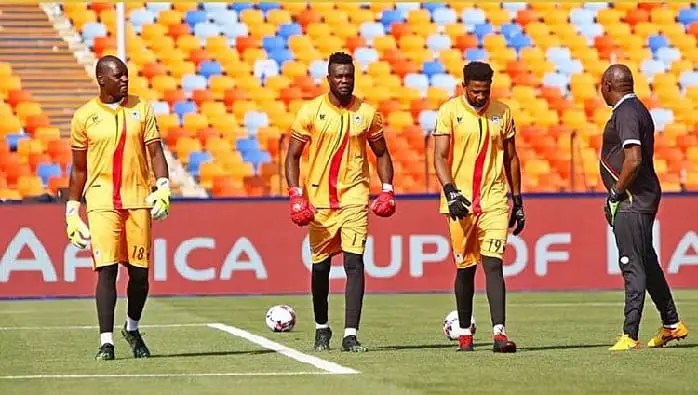 The groups of the 2020/21 CAF Champions League have been officially revealed after a draw held in Cairo Egypt on Friday afternoon.

The draw of 16 teams has pitted Mamelodi Sundowns together with TP Mazembe (DR Congo) alongside Al Hilal Omdurman of Sudan in Group B.

Mamelodi Sundowns is home to Uganda Cranes captain Dennis Masinde Onyango while his compatriot Jamal Salim Magoola features for Al Hilal Omdurman who eliminated Vipers in the first qualification round.

Left back Joseph Ochaya plays for five time champions TP Mazembe and featured in five of their games on the continent last season.

Algeria’s CR Belouizdad is another team in Group B.

Group A has holders and record champions Al Ahly of Egypt alongside AS Vita Club, El Merrikh from Sudan and Tanzania’s Simba SC.

Simba is home to Uganda Cranes midfielder Taddeo Lwanga who was signed in the ongoing mid-season transfer window.

The draws of the final qualification round of the CAF Confederation Cup were also held on the same event.

Matchday one for the Group stages of the CAF Champions League will kick off on February 12th.