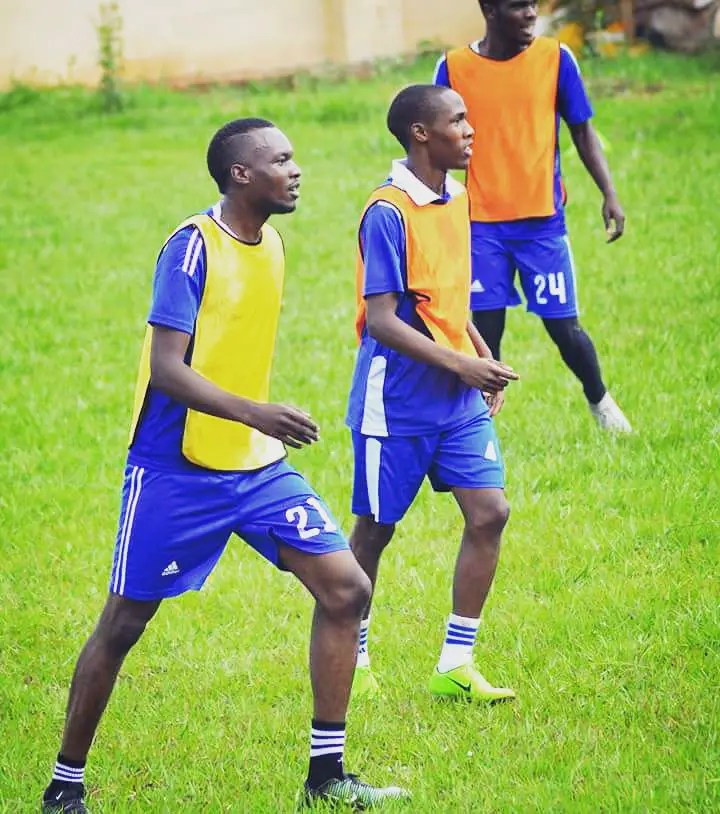 It was June 7th when Swift Sports and yours truly broke it that Taddeo Lwanga had chosen to switch clubs from Uganda’s league record holders to Entebbe road based side Vipers SC in a transfer that shook the entire football fraternity in the country. No Villa fan would have envisaged seeing their captain cross over to a rival team whom they hadn’t beaten in a long time but thanks to Lwanga’s drive and tenacity, Vipers fell to Villa in a match that was very closely contested at Nakivubo stadium. It was a hard earned win engineered by the “Engineer”, Full time and it was Villa 2-1 Vipers after Lwanga was brought down in the area in the dying minutes of the game. There was a belief among the Jogoo faithfuls that their fallen empire had found a new leader from whom the dynasty would be rebuilt. It wasn’t to be and the rest is only an anecdote.

His football journey is not a much glamourous one, he started playing football at his Village team called Ndejje United as early as Primary school time. It was from here that he joined Old Kampala S. S whom he represented at the Copa Coca schools championships from Senior one to Senior Six, among the notable teammates were Saddam Juma, Gift Ali, Akol Emmanuel, Emmanuel Magembe, Waiswa Moses, Keziron Kizito, Juma Balinnya, Bate Seif, Sulaiman Jjingo and long time friend Erisa Ssekisambu who was top scorer at Copa Coca-Cola championships 2009 edition in Fort portal.

During his 2nd year of study at Makerere University, he joined Express FC for the season 2013/14, from where he joined SC Villa in the 2014/15 season where he made a name for himself. We managed to catch up with him for a one on one interview to ensure that our readers get a feel of what life at Kitende is like for the new midfielder.

It’s believed that the conditions under which you exited Villa were not healthy , allegations were made that you asked the Villa bosses to offer you a car and 20 million shillings as consideration for your sign on. How true is this?

I had negotiations with the club president and they didn’t mature. First of all they were not willing to give the sum of the sign on fee i asked for. According to them, the sum i asked for was way too much for me. Remember in life, never work for less. So I looked for greener pastures, I did nothing wrong. And I assure you that I can go back to villa whenever I want. About the 20M and a car? No, I didn’t ask for that, though it is not so much astronomical for a footballer today.

Do you really think this was the best possible move or were there any other offers, Why did you chose Vipers since we also learned that you were in talks with KCCA too?

KCCA FC did not meet my demands and expectations, I chose Vipers because they showed immense interest in me and they were willing to get closer to my asking fees and benefits, as simple as that.

Whats the difference between the training regime and methods at Vipers SC and the ones at your previous clubs especially Villa?

The philosophy is different, we have a white coach here and Villa has a black coach, they normally train in the evening and here we do two sessions one in the morning and the other in the evening , the new coach seems to pay a lot more closer attention to detail and quick possessional football.

The competition for places looks to be so rife in your playing position, there is Brian Nkuubi, Deus Bukenya, Moses Wasswa, Tom Masiko, and youngster Hassan Kalega, how prepared are you?

Just hard work pays and time saves nothing. If you know football and work hard, you will play. For me, that’s It, it’s my principal.

What are your short term and longer term aspirations in the game of football?

Short term, I want to win the league with Vipers SC. After then, going professional would be my other target.

You seemed to have struggled during your 1st season at Villa, what might have been the reasons behind it, what lessons did you learn from it and how prepared are you so that you don’t experience the same?

I didn’t struggle, the press wasn’t paying attention on me. I remember playing every game to my best. I Went on to score Villa’s first goal on the continent after 12 years against Al Khartoum in Sudan on 14 Feb 2016.

On a lighter note, why are you referred to as the Engineer?

I’m an Engineer by profession. I Graduated in Software Engineering from Makerere University in January 2016.

Is there any players / player that has surprised you so far in training… With their footballing ability that u didn’t rate before?

Have you made any new friends so far at Vipers? Who are those guys you connect on well with?

Shafick Bakaki my old friend at Express, Sekisambu Erisa and Moses Waiswa from our time at Old Kampala S. S ,Yayo Lutimba, and Brian Nkuubi, the list is endless.

Any remarks to the Vipers’ fans and well wishers who have great hopes in you coming into the new season?

I won’t promise them fireworks. What I know is that I will work hand in hand with the lads so that we can win a trophy this coming season because football is a team sport, we have to be pulling in the same direction, having all departments operating at full capacity.

With the new season set to be kicked off in early September,  Lwanga seems to have settled in well at his new home thanks to a good number of former teammates who have accorded him a soft landing,  it’s only left to be seen if he will be able to fight his way direct into his new coach’s plans and philosophy.

Ranking the 10 greatest Ugandan Boxers of all time
“KUCHI” TO HIS MATES, SHAFIQ KAGIMU TO THE FOOTBALL FRATERNITY. – Meet the small brilliant URA playmaker with a lion heart as he takes us through his journey so far, the origin of “Kuchi”, his love for the dribble and an immaculate relationship with Allah.