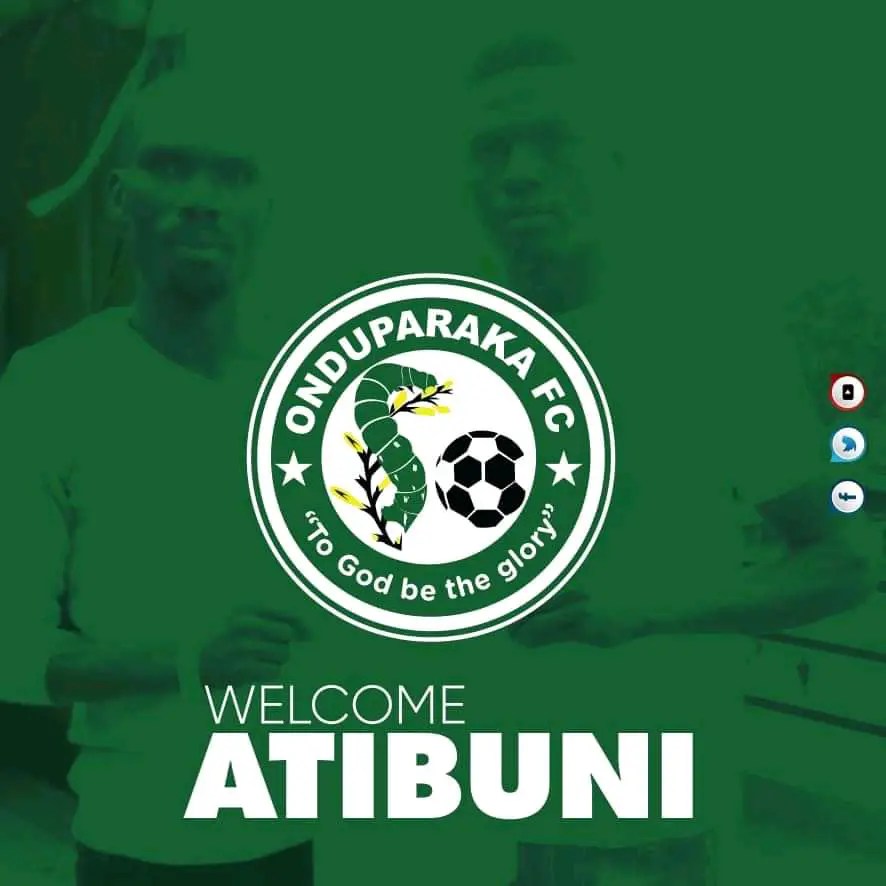 The youthful midfielder was once a captain of Arua Public S.S and played alongside the likes of Mohammad Shaban and Andama Denis “Koko” who have also featured for Onduparaka.

Onduparaka new head coach Vialli Bainomugisha has lauded the team’s scouts who recommended Atibuni and believes the youthful midfielder is a good boost to the team.

” Onduparaka is a club that believes in nurturing talents and if the scouts recommended a player like Ken (Atibuni) then it’s good to have him on board. He is young and has played the game of football for sometime so it will be easy to work with him,” Bainomugisha said via the club’s website.

” We know we have attacking Midfielders in the team but adding more gives us added advantage and each of them including Kennedy have a lot to prove and offer our team this coming season. We all hope he will fit in the boots of some of the big attacking midfielders this club has had.” He added

Atibuni joins new recruits at the club who are midfielder Boniface Musema and right back Jakisa Jerry as the caterpillars embark on a rebuilding process ahead of next season.