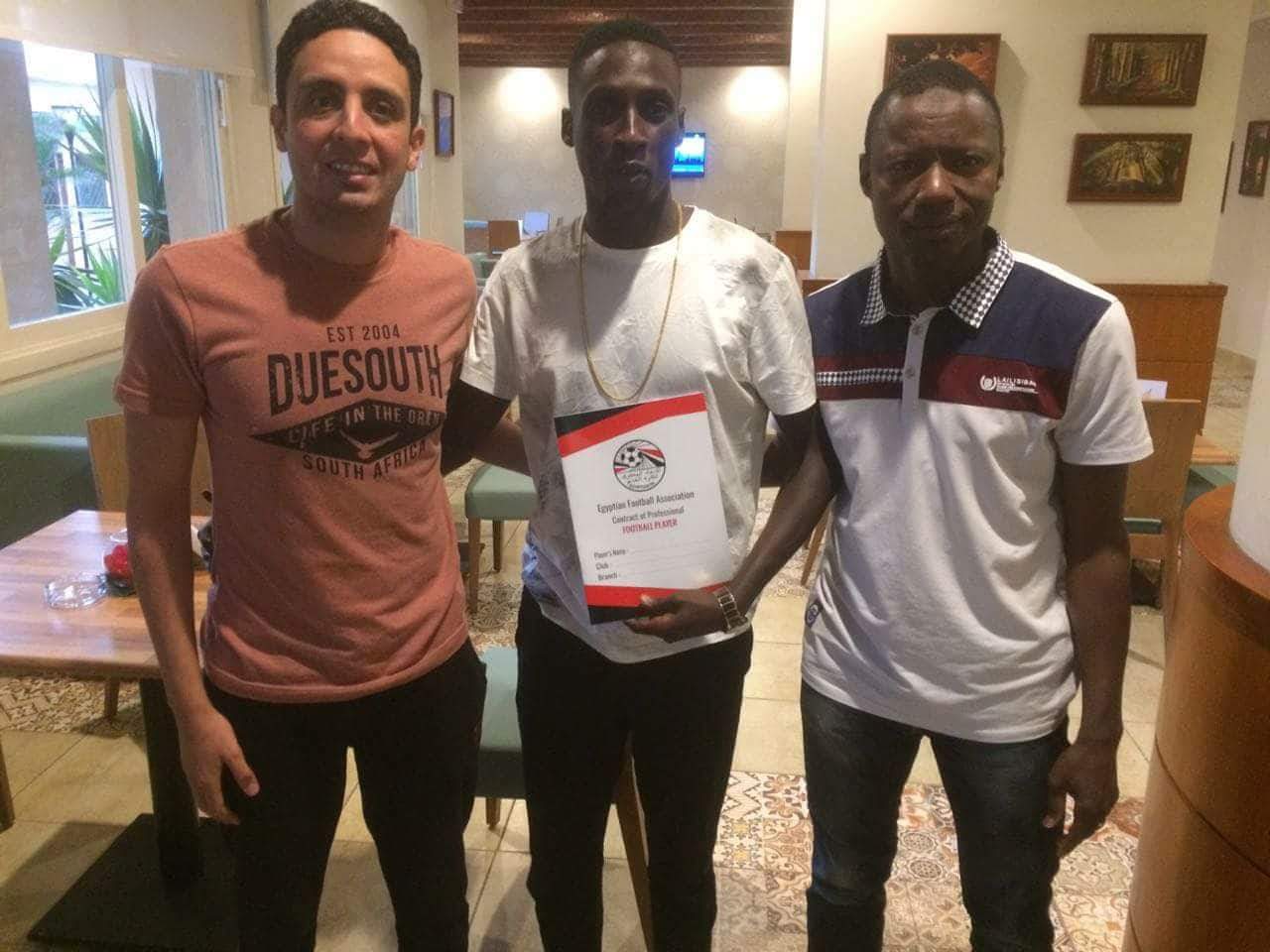 Uganda Cranes striker Derrick Nsibambi has penned a three year deal with Egyptian side Smouha SC to complete his move from KCCA FC.

Nsibambi has been at KCCA FC for 5 years since joining in from Kireka United FC, winning three league titles and 1 Uganda cup trophy. Last season, he scored 9 goals for the Lugogo based side.

He was the top scorer for the 2016/17 Uganda cup with 7 goals and was also part of the 2018 Uganda cranes CHAN team in Morocco.

The forward is expected to return to Uganda on Friday before he rejoins his new club for pre-season preparations.

Smouha Sporting Club is based in Smouha, Alexandria and host their league games at the Borg El Arab Stadium.