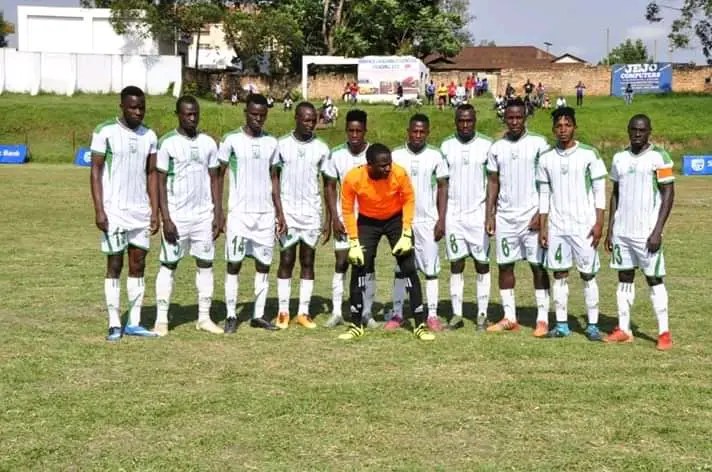 Nkambi Coffee and Free Stars will play the Buganda regional league finals Kasana grounds in Luweero on Sunday 19th May after edging Busula United and Kajjansi United on penalties.

Shot stopper Peter Katongole was the hero as Nkambi Coffee was eliminating Busula United 3-2 in spot kicks after saving four penalties for his side.

Kajjansi United assistant captain Ismail Kazibwe failed to convert his penalty as his side lost to Free Stars 5-4 after a full-time goalles draw.

Coach Steven Bogere who was at the helms of Nkambi Coffee praised his side for the fighting spirit despite looking an inferior side to their opponents,

“Our opponents were a better side but their problem was failing to kill of the game in the early minutes. They out played us but did not kill off the game.”

Denis Kizito the Kajjansi United FC tactician blamed it on fate for their exit.

“We were just unlucky to lose to a weaker side.

“They came in this encounter respecting us, unfortunately despite creating a couple of chances we failed to utilise them.”

Nkambi Coffee will play Free Stars on the finals of the Buganda regional league and the winner will face Katwe United who are the champions of the Kampala regional league.

The overall winner will automatically join the FUFA big League come next season.