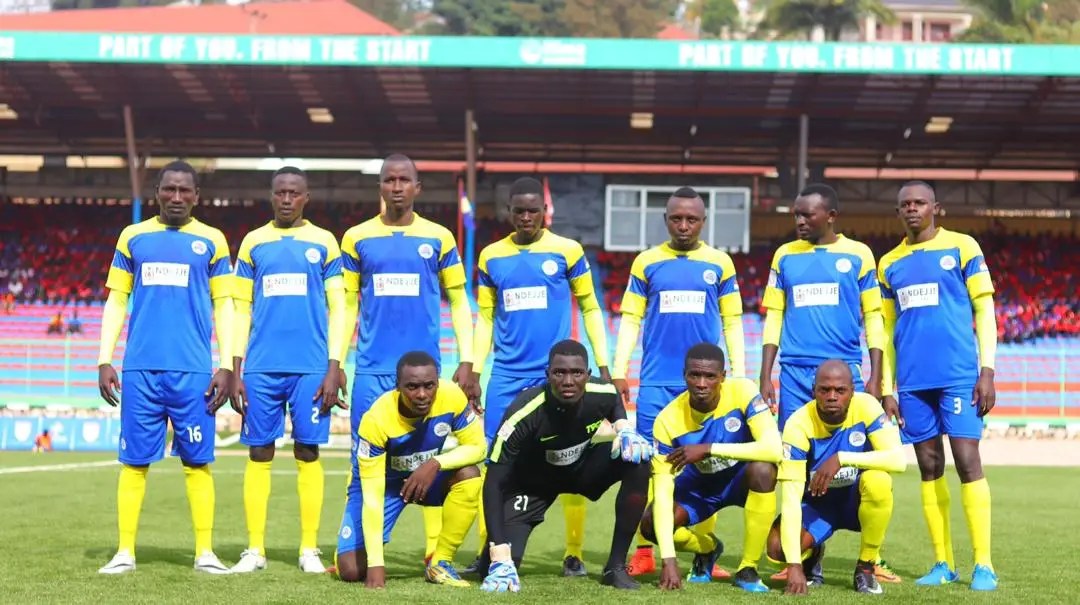 New league entrants Ndejje University shook off the last minute defeat against Vipers in the opener with a 1-0 victory over Mbarara City.

Their opponents Mbarara City were in the aftermath of a late inclusion in this season’s fixtures following a delay to fulfil requirements of the FUFA licensing committee.

All eyes at the Arena of visions were on Mbarara City’s new signing Paul Mucurezi but he couldn’t inspire the Ankole Lions to pick at least a point from their first game of the season.

Raymond Komakech the Ndejje tactician made only two changes from the line up that lost in Kitende last week. Simon Ngore and Dickens Kilama started ahead of Anwar Ntege and Noel Nasasira.

After a series of attacks, Sam Matovu struck home the all important goal in the 16th minute of the game.

Mbarara City could have quickly equalized in the first half from a corner kick only to be denied by a goal line clearance.

Francis Onekalit, Dickens Kilama and Isaa Mubiru made intentions of doubling the lead for the hosts but emergency unsuccessful.

Mbarara City right back Zaid Byekwaso was the only cautioned player on the evening.

The Ankole Lions will be back in action against Express on Sunday 17th October at the Kavumba recreation grounds.

Ndejje University will play against URA in their next match on Friday 19th October.