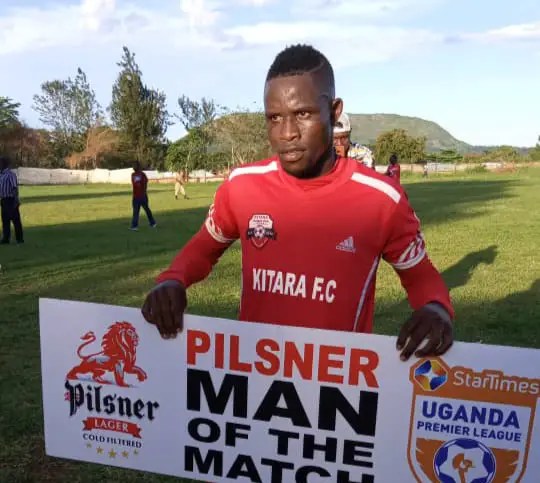 Oloro scored four goals that saw Anthony Ssekitto’s side register their second victory in their debut season of the Uganda Premier League.

Earlier on, veteran striker Robert Ssentongo had failed to convert from the spot for the Slaughters for the 5th time.

Oloro now moves to eight goals and was named man of the match.

Kitara remain on bottom of the table with eight points and now focus on the Stanbic Uganda Cup.

They will host Big League side Kigezi HomeBoyz on the round of 32 at Kavumba Recreation Grounds on Thursday 29th April before playing the second leg on Sunday 2nd April at Kabale Municipal Stadium.

Kyetume remain stuck in the relegation zone in 14th position with 19 points.

The Slaughters are out of the Stanbic Uganda Cup. They will be back in action on Friday 7th-May against MYDA in Tororo in the Uganda Premier League.