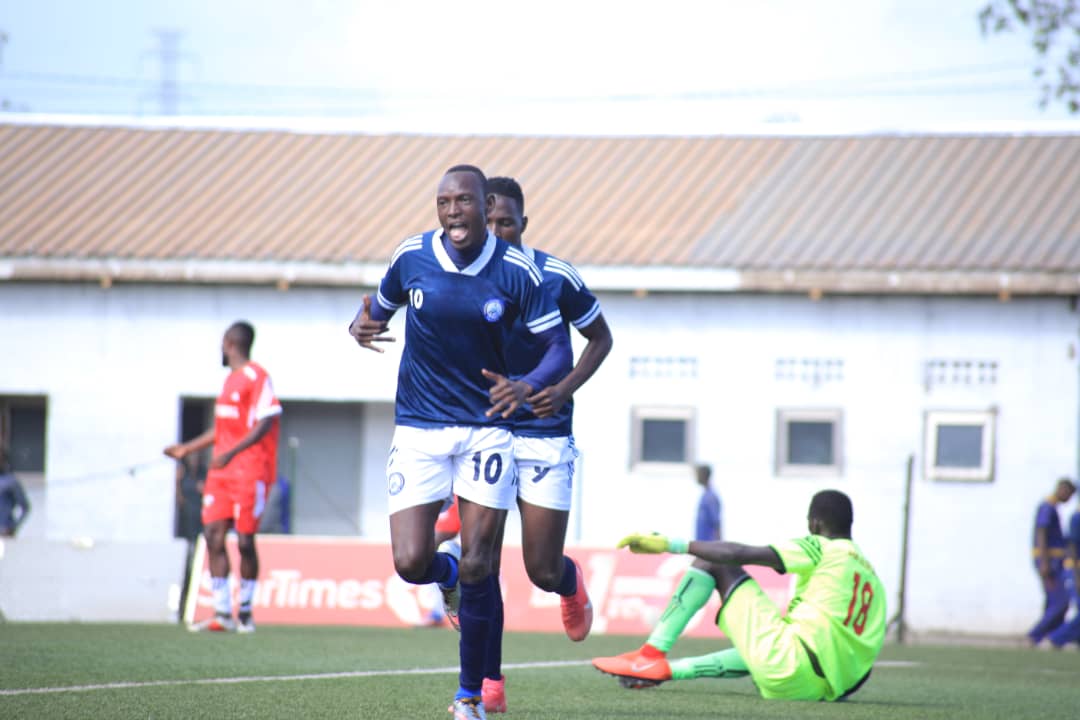 Ben Ocen has scored 2 goals in a second consecutive match

Ben Ocen and Brian Muluuli each scored a brace with Frank Tumwesigye and Muwadda Mawejje scoring the other two goals as the Cops sailed past the Tororo based side.

Moses Batali netted the consolation for the visitors.

The Cops emphatically scored five goals in the first period.

In the second minute, Ocen fired Police FC into an early lead before Muluuli doubled their advantage moments later.

Muwadda Mawejje scored the fourth before Muluuli completed his brace and the fifth for rampant Police FC.
Batali pulled one back at the stroke of halftime.

In the second half, Ocen completed the riot ten minutes to normal time. His 11th of the campaign.

This was Police FC’s 11th win of this term and move leapfrog KCCA FC who play Onduparaka tomorrow in fourth place with 37 points. Their next league encounter will be an away fixture to Wakiso Giants on Wednesday

MYDA suffered their 15th defeat of the season and remain second from the bottom with just 9 points in 20 games. They next host defending champions Vipers on Wednesday.