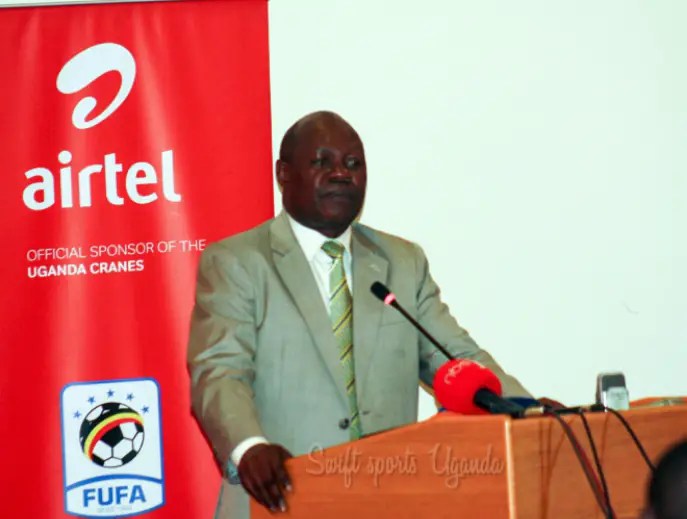 The state Minister for Sports Hon. Charles Bakkabulindi has expressed his gratitude towards the Airtel – FUFA sponsorship renewal that today saw the telecommunication gurus exhilarate a deal worth 10 billions for 4 more years.

“The Uganda Cranes team has earned admiration for their skills and the dedication they bring to the game of football. We are grateful to see an international brand like Airtel sharing the passion and love that we have for this team.”

Airtel – FUFA partnership begun in 2013 under the agreement that the two parties will be working hand in hand to promote Ugandan football for an epoch of 4 years.

Hon. Bakkabulindi also called upon more sponsors on board.

“I call upon other sponsors to come on board because nothing prevents any one from giving financial support to the Cranes. We don’t want to see the Uganda Cranes with any financial excuses. This sponsorship has given us hope for a brighter future.”

Airtel Uganda remains a major contributor to Ugandan football – sponsoring the Uganda Cup, the FUFA Big League as well as identifying talented players and giving them platform through the Airtel Rising stars and the Masaza Cup competitions.