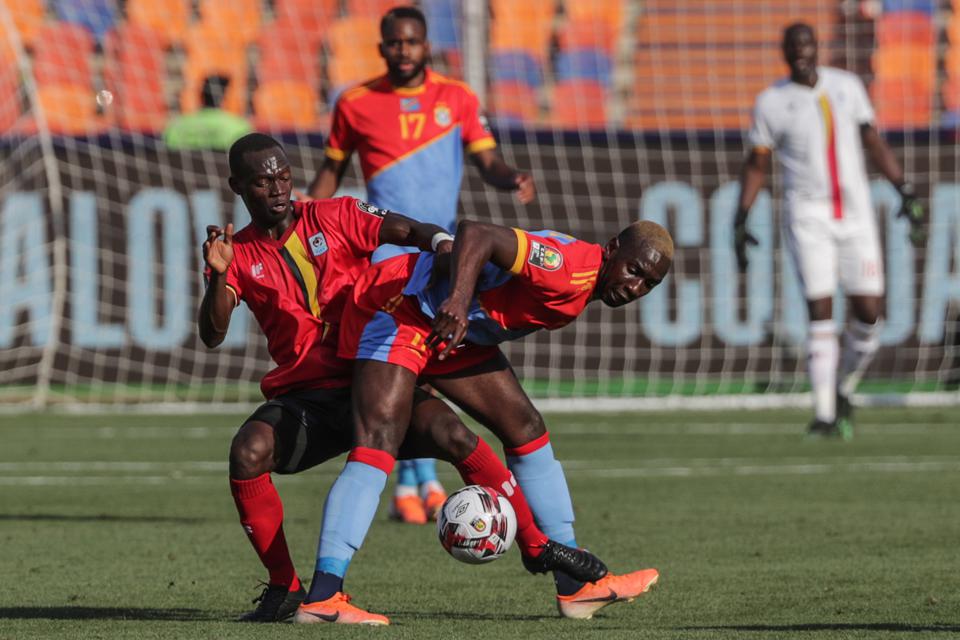 Mike Azira against DR Congo in the 2019 AFCON (Photo/Courtesy)

Michael Azira has announced his retirement from the Uganda national team The Cranes with immediate effect.

The US based star becomes the third player to announce retirement following Hassan Wasswa and goalkeeper Dennis Masinde Onyango.

Azira confirmed the development in a letter addressed to FUFA,

” I have enjoyed working with the Federation and playing for the Uganda national team. Playing in two Africa Cup of Nations was one of the best moments with the Cranes. These memories will always stay with me and they will be cherished always”

Reads part of the letter.

Azira retires from the national team with 16 appearances having made his debut against Congo Brazzaville in 2016 under Milutin Sredojevic Micho.

The 33 year old represented Uganda in the 2017 and 2019 Africa Cup of Nations in Gabon and Egypt respectively.

He will now shift focus to his new club New Mexico United which plays in the USL championship (second tier in USA).

Azira played for SC Villa while still in Uganda.