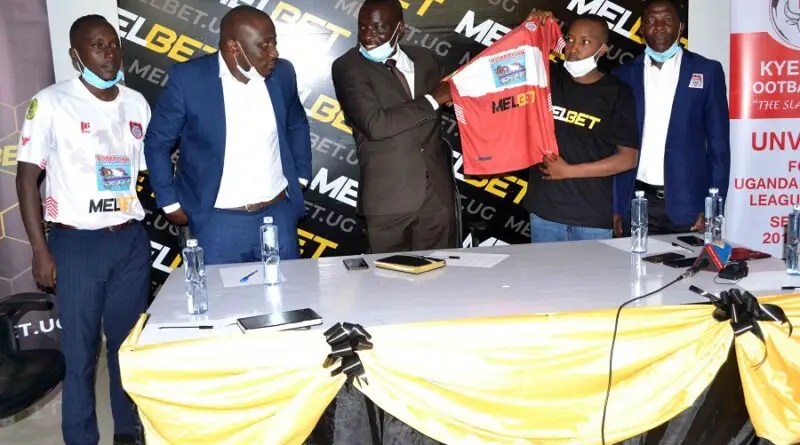 Melbet Uganda have taken on the sponsorship of Uganda Premier League side Kyetume Football Club in a multimillion deal.

The deal was unveiled to the media on Friday 27th at Melbet head offices located at Nakawa Business Park.

The betting company will sponsor the Mukono based side’s seasonal match and training kits, welfare of players, talent development, stadium development and other operational expenses. This means that Kyetume FC will partake 30 percent of the betting company’s revenue shares.

“We are delighted to be partnering with Kyetume FC, this is great to us that we are entering a marriage with them. We believe in them and we expect great performances from the football club during the new football campaign.”

“I take this opportunity to thank Melbet for this partnership. With their support, we expect to compete during the new football season.” Sponsors bring about competition in our league and I call upon other sponsors to come out on board and help various clubs, just like Melbet.” Stated Kaggwa.

Melbet was also represented by head of Operations Yasin Asiimwe while Jackson Mayanja the technical director at Kyetume also attended the function.

Kyetume FC finished 11th with 30 points from 25 games during their debut season in the topflight division. The new season is expected to kick off on 3rd December, 2020.